Turkish jets fly over east of Euphrates in Syria

Two Turkish warplanes flew east of the Euphrates in Syria on Tuesday as part of the US-led Operation Inherent Resolve, the Defense Ministry said.

The Combined Joint Task Force - Operation Inherent Resolve (CJTF-OIR) was launched by more than 70 countries in June 2014 to eliminate the Daesh terrorist group and the threat it poses to Iraq, Syria and the international community. 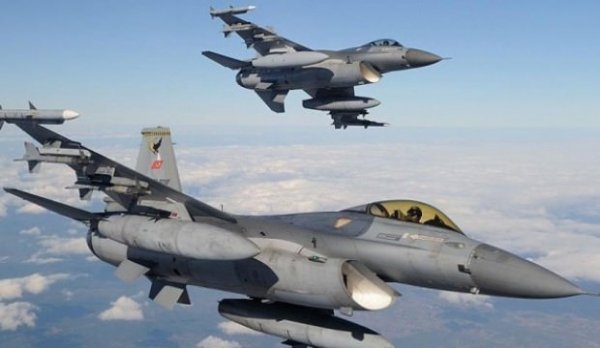 "In the framework of Operation Inherent Resolve, two F-16 jets of the Turkish Air Forces Command flew over Syrian airspace east of the Euphrates today between 14:00-16:00 p.m.," the ministry said on Twitter.