A wanted PKK terrorist has been neutralized in eastern Turkey, the country's interior minister said on Thursday.

HE WAS IN THE RED CATEGORY

Ismail Surgec, codenamed Yilmaz, was in the red category of Interior Ministry's wanted terrorists list, and was neutralized in an operation in the Ahpanos Valley of Tunceli province, Suleyman Soylu said on Twitter.

The terrorist was the so-called person in charge of the province, Soylu added. The minister also congratulated the "heroic" security forces over the successful operation. 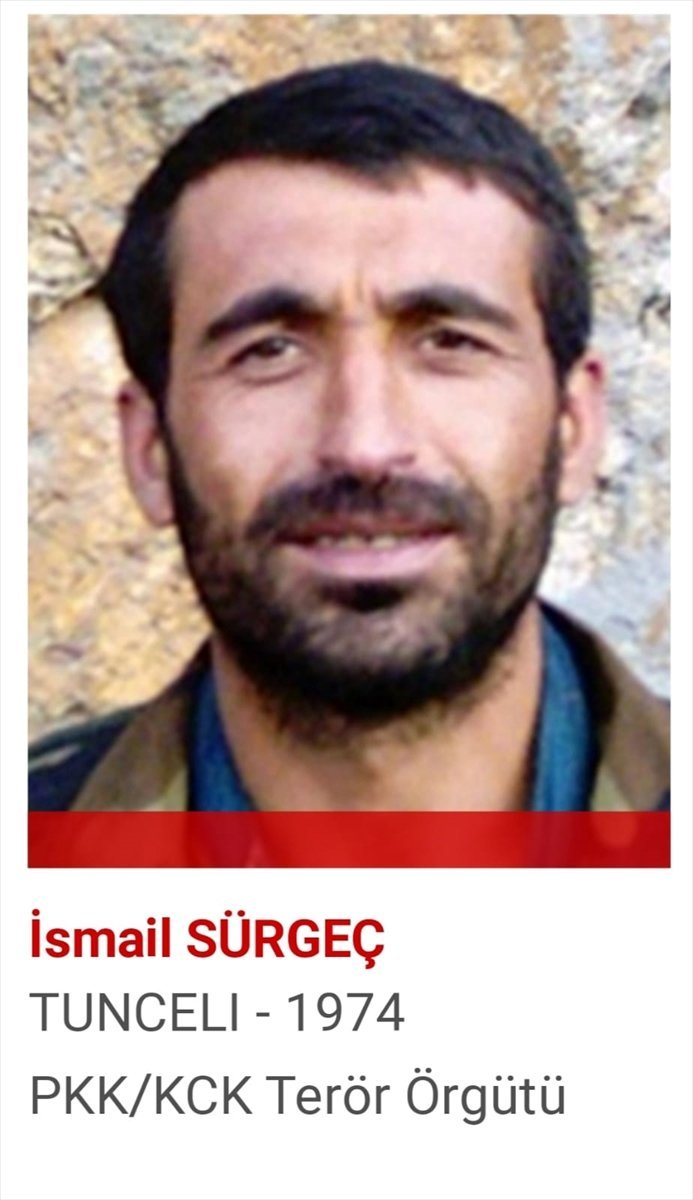 Turkey’s wanted list is divided into five color-coded categories, with red as the most wanted, followed by blue, green, orange, and gray.

The country this summer launched a series of security operations to neutralize terrorists believed to be hiding out in the country’s eastern and southeastern regions.