Footage from Reykjavik airport shows a person posing as a journalist holding a toilet brush to a Turkish player's mouth as if it were a microphone.

Turkey on June 10 issued a diplomatic note against Iceland, condemning the disrespectful treatment of the Turkish national football team at Keflavik International Airport.

The note sent through Turkey's Embassy in Oslo condemned the “disrespectful” and “violent” behaviors against Turkish footballers during the passport check and demanded extra security measures be taken for the players. 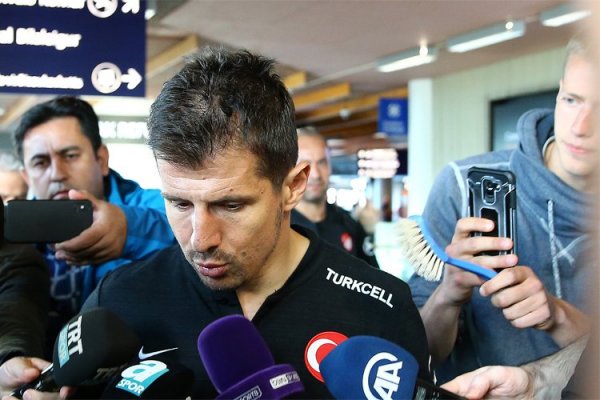 After landing at the country's Keflavik Airport following a six-hour flight, the Turkish team were not allowed to leave for over three hours. After the Icelandic officials went about searching the Turkish national football team’s bags one by one, immigration control took a very long time to process the passports of players and staff.

A SO-CALLED REPORTER HELD UP A TOILET BRUSH

While speaking to the media on his way out, Turkish captain Emre Belözoğlıu was accosted by a man who held a toilet brush to his face and pretended it was a microphone. Belözoğlu seemingly didn't notice it, as he went on to explain that the entire team was unnecessarily searched. 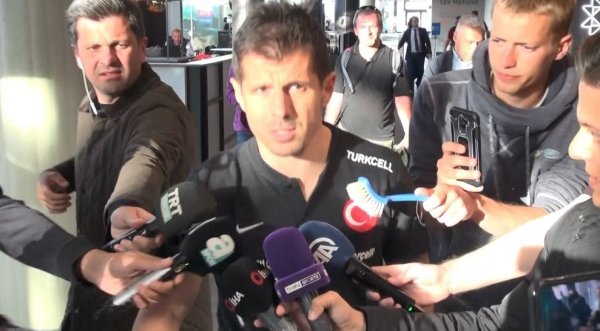 "They will explain what is necessary," Belözoğlu said. "Unfortunately, yes, overmuch search has been made inside since we’ve landed."

​ Icelandic officials and the UEFA have yet to comment on the incident.