Mevlüt Çavuşoğlu questioned his Greek counterpart Nikos Dendias about the situation of refugees at the border.

Turkish Foreign Minister Mevlut Cavusoglu questioned his Greek counterpart late Wednesday over the situation of refugees at their border.

In a post on Twitter, Cavusoglu responded to a tweet by Nikos Dendias by citing a report in The New York Times about refugees who are attempting to make their way to Europe.

"Have you seen this?" he asked Dendias, providing the link for the article. 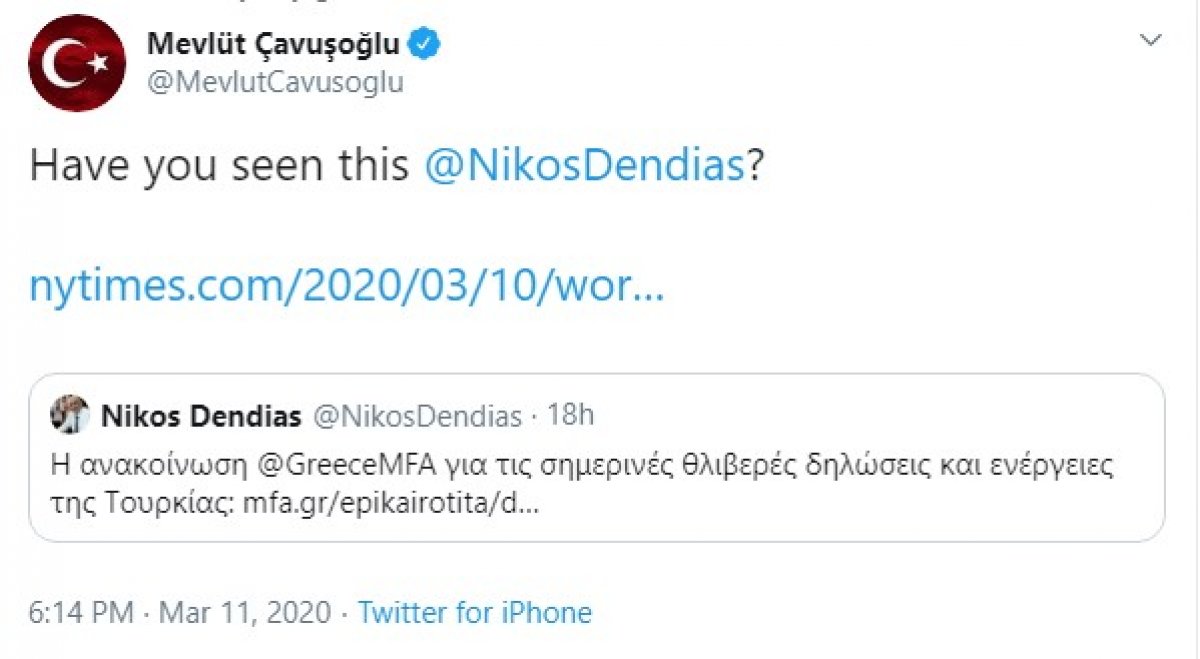 The Times report said the Greek government detains migrants and holds them in bad conditions.

The newspaper said the migrants have been captured, stripped of their belongings, beaten and expelled from Greece without being given a chance to claim asylum or speak to a lawyer. 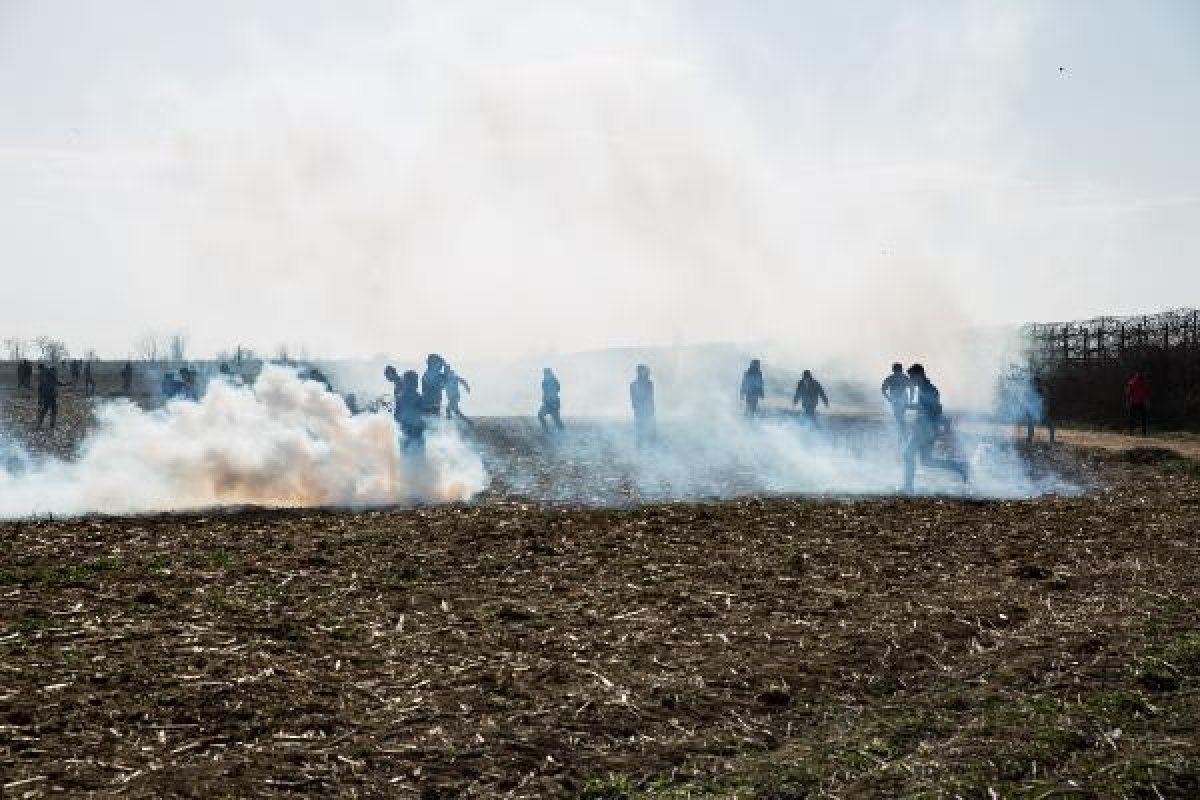 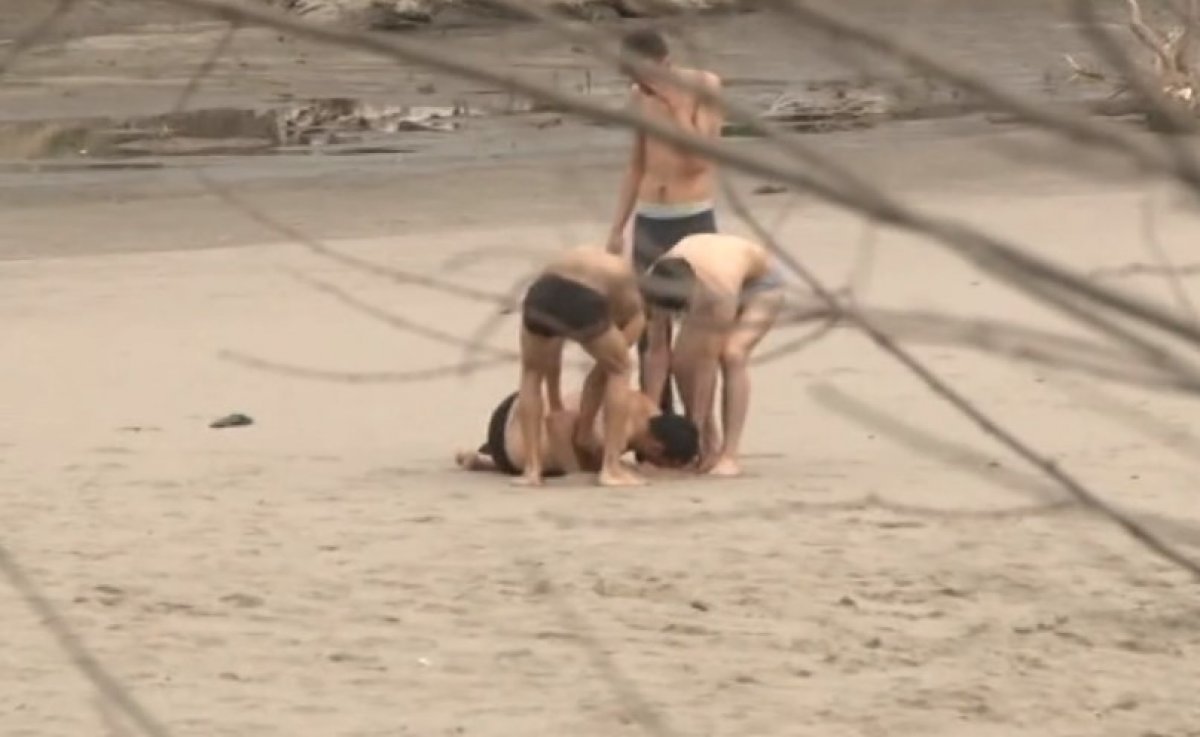 Turkey recently announced that it would no longer try to stop asylum seekers from reaching Europe.

Thousands of asylum seekers have since flocked to Turkey’s Edirne province bordering Greece and Bulgaria to make their way to Europe. The Greek reaction to asylum seekers has been harsh, with many battered, attacked or tear-gassed and even killed by Greek forces.