Raimonds Vejonis received Mevlüt Çavuşoğlu in a close-door meeting in the Riga Castle, the residence of Latvian president.

"#Latvia acknowledges importance of our #EU membership process&supports it. #Turkey continues to be #1 destination for Latvian tourists," Çavşuoğlu said on Twitter following the meeting.

Turkey’s top diplomat is in Latvia for an official visit upon an invitation of his counterpart Edgars Rinkevics. 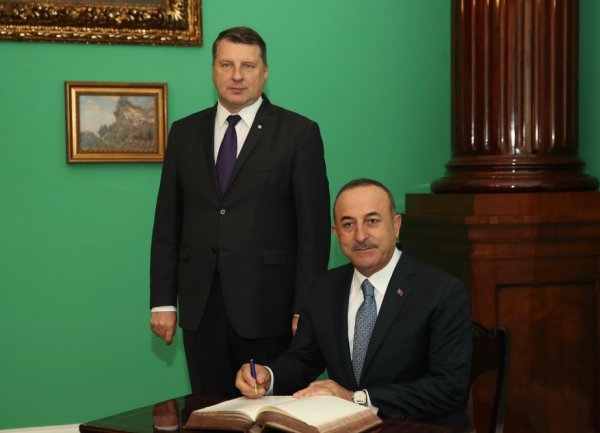 Prior to the meeting, Çavuşoğlu visited the Museum of the Occupation of Latvia and wrote down the memorial book of the museum. In his note, Çavuşoğlu said the museum displays the value of independence and freedom, reminds of the occupation period, as well as commemorating the lost.

"In the dark days of Latvian history, Turkey stood by the Latvian people by not recognizing the occupation. Turkey and Latvia are in solidarity today as well for a common beautiful future," Çavuşoğlu wrote. 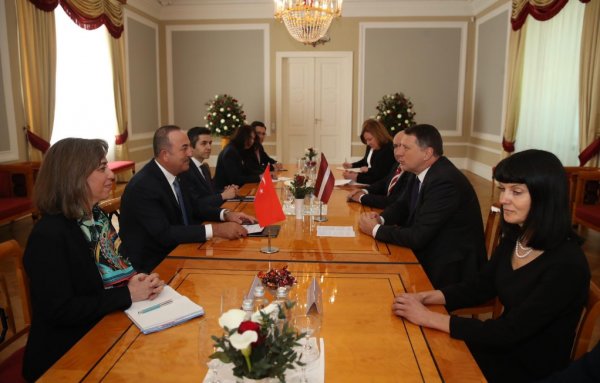 Accompanied with Rinkevics, Çavuşoğlu placed a wreath on the Freedom Monument and observed a moment of silence. The national anthems of both countries were performed at the monument. Following a face-to-face meeting, the heads of Turkish and Latvian diplomacy will appear in joint news conference. Çavuşoğlu is also due to meet with Parliament Speaker Inara Murniece and Artis Pabriks, Deputy Prime Minister and Defense Minister.