As the Russia-Ukraine war continues past the 100-day mark, Turkey says that there may again be grounds for talks between the two countries.

"We see that there is a more positive atmosphere for returning to the negotiations, within the framework of developments on the ground," Turkey's Foreign Minister Mevlüt Çavuşoğlu said during a joint news conference with his Russian counterpart Sergey Lavrov at the Presidential Complex in Ankara.

A mechanism on a food corridor

Saying that the two officials had a "fruitful" meeting, Çavuşoğlu said Ankara sees UN plans to establish a mechanism on a food corridor out of Ukraine -- colloquially referred to as a global breadbasket -- as "reasonable and feasible."

The Turkish foreign minister further called Russia's demands on the removal of sanctions to help with grain exports "legitimate." 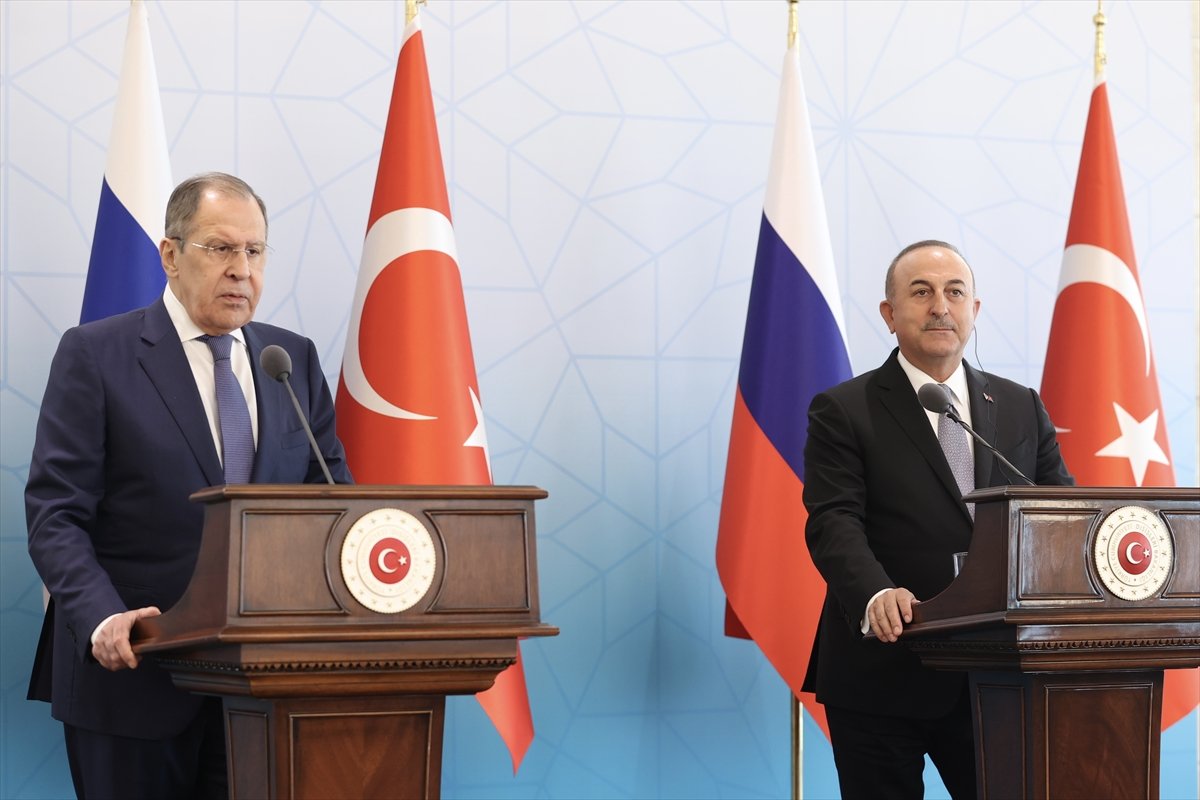 "If we need to open up the international market to Ukrainian grain, we see the removal of obstacles standing in the way of Russia's exports as a legitimate demand."

Stressing that the world is facing a real food crisis and problems with fertilizer, Çavuşoğlu noted the concerns of Latin American countries on this issue, as well.

He also urged all parties to jointly pave the way for the export of products from both Ukraine and Russia.