Turkish DM criticizes US letter for being inappropriate

The acting US defense secretary’s letter to Turkish defense chief was not in line with spirit of alliance and it was “improperly worded”, the Turkish Defense Ministry said on Tuesday.

THE IMPORTANCE OF MUTUAL RESPECTS 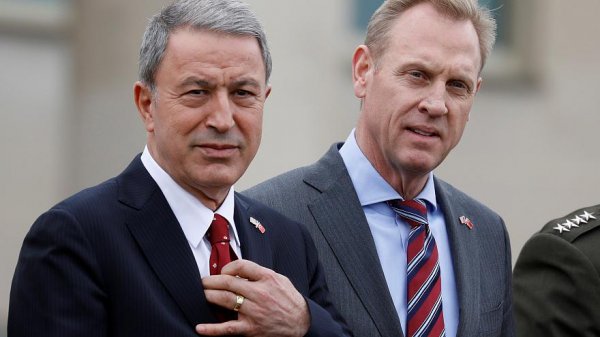 Earlier this month, Shanahan had sent a letter to Akar in which he said Washington will cut short a training program on F-35 fighter jets for Turkish pilots over "safety concerns". "The letter reiterated the discomfort from the style and approach that was not in line with the spirit of alliance," according to the statement.