Şahika Ercümen has broken women's free-diving world record of 90 meters in the Gilindire Cave in Turkey's Mediterranean province of Mersin.

SHE DEDICATED THE RECORD TO TURKISH SOLDIERS

Ercümen dove 100 meters in the icy waters of Gilindire Cave in Turkey's southern province of Mersin. 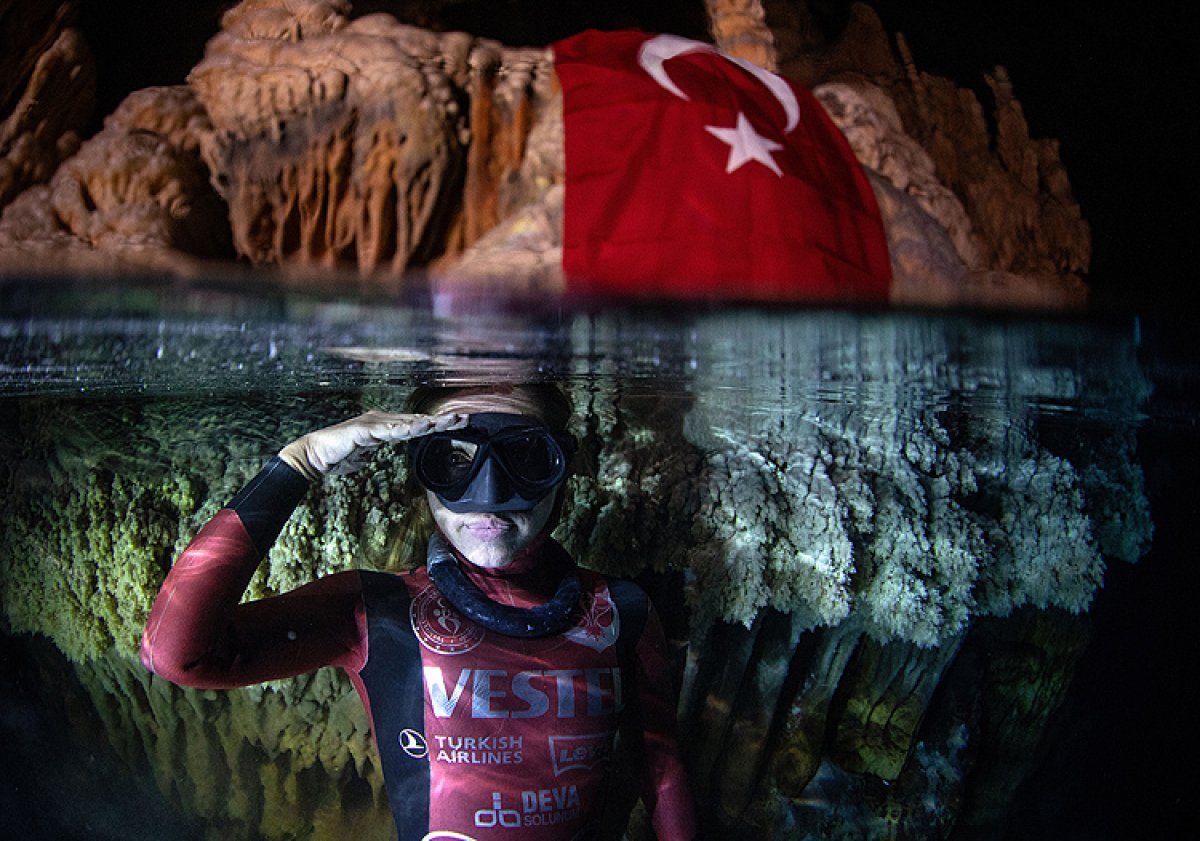 The 34-year-old diver trained at a swimming pool in Mersin before she started training in the cave itself to break the previously held 90 meters record. The cave was discovered by a shepherd in 1999 and dates back to the Ice Age.

The freestyle driver said she was overjoyed at earning the Guinness World Record and dedicated her win to Turkish soldiers. 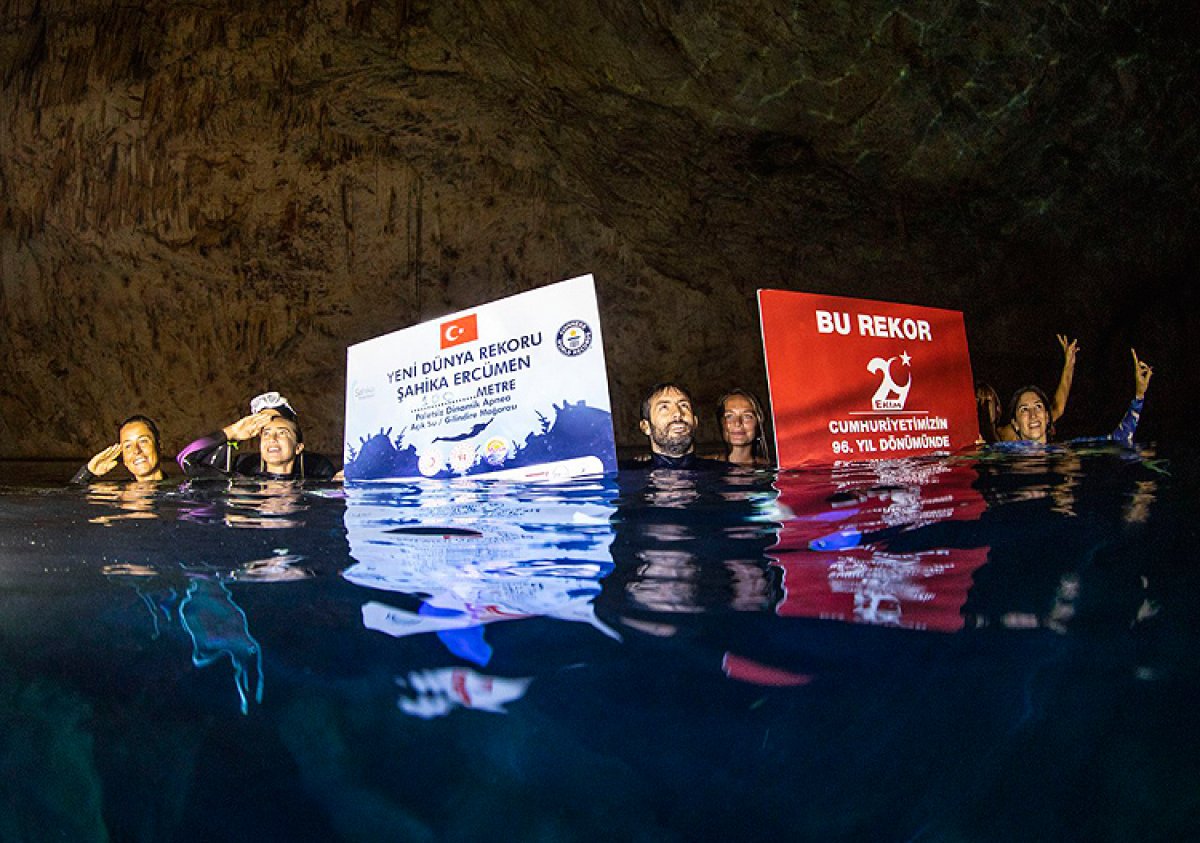 "I felt a lot of responsibility on my shoulders. I received lots of messages saying the nation is with me. This made me anxious but thank God, I broke the 100 meters record. I dedicate it to Mehmetcik and Turkish Republic," she said, referring to Turkish soldiers. 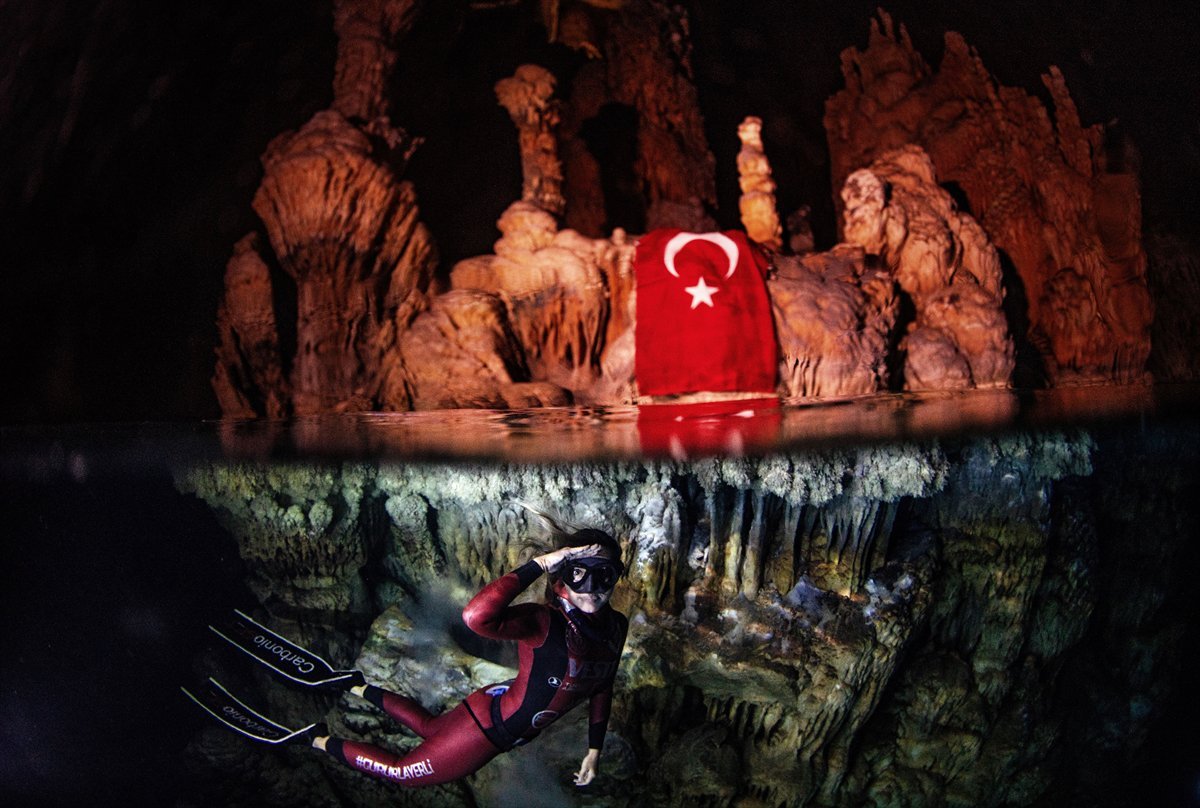