Hulusi Akar was accompanied by the chief of general staff, commanders of Turkish land, naval, and air forces.

Hulusi Akar was received at the airport of southeastern Şanlıurfa province by Commander of the 2nd Army Gen. Metin Gürak and other officials. 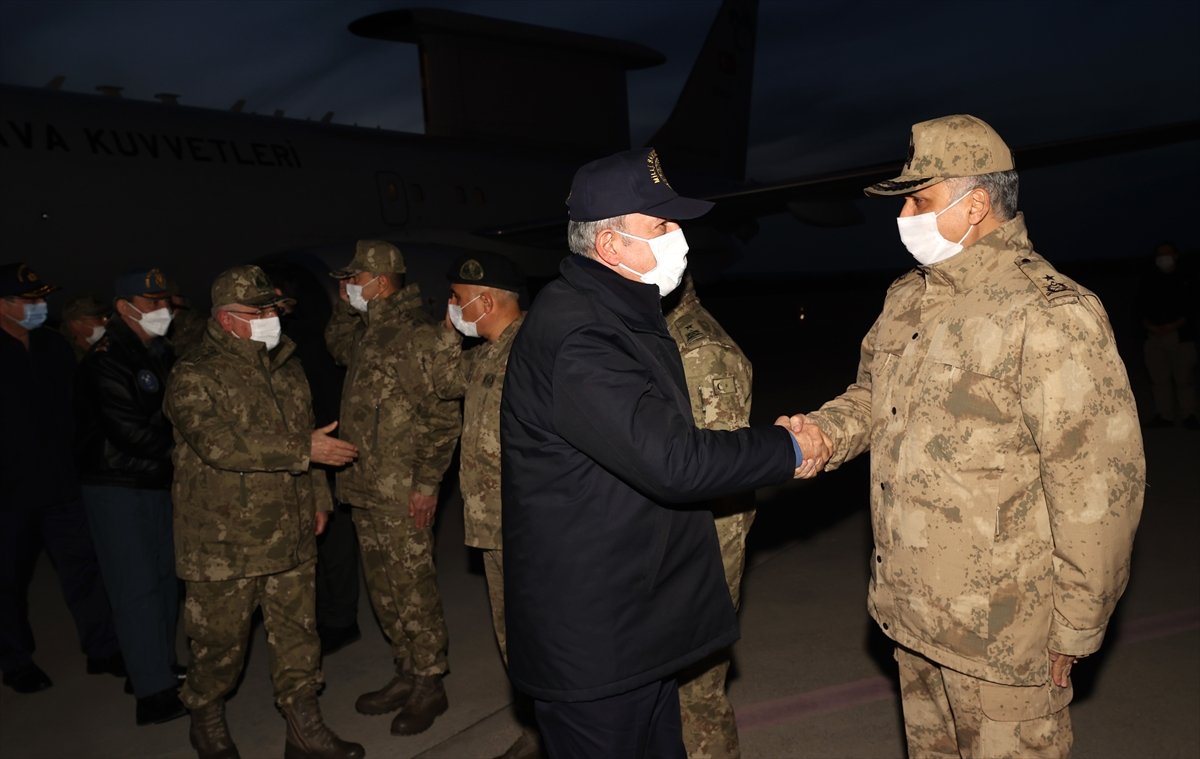 The Turkish defense chief also held a video conference with the commanders of the borderline and cross-border units to be briefed about the latest developments on the field and to deliver instructions.