Speaking to the reporters, Hulusi Akar also noted that Turkey-Libya maritime pact no threat to other states.

Turkey's recent maritime agreement with Libya is neither a threat nor a breach of the rights or the law of other countries, said Turkish Defense Minister Hulusi Akar on Sunday, speaking at the Land Forces Command in the capital Ankara.

"TURKEY EXPECTS US AND RUSSIA TO FULFILL THEIR OBLIGATIONS" 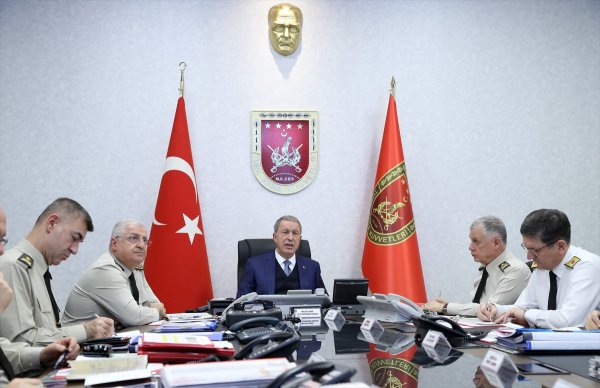 Akar also said that Turkey has fulfilled its obligations from Syria deals with the US and Russia and expects them to do the same, referring to deals under which YPG/PKK terrorists must leave northern Syria, the site of a Turkish anti-terror operation.