Defense Minister Hulusi Akar says Turkey and US can solve problems with cooperation. 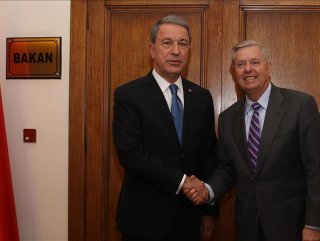 Turkey's national defense minister said Friday promises made in Syria's Manbij were not kept and his country would not allow the establishment of a terror corridor on its southern border.

"TURKEY WILL NOT ALLOW A TERROR CORRIDOR"

"The promises made in Manbij weren't kept, the YPG and PKK are two sides of the same coin, and Turkey is fighting PKK/YPG, Daesh and FETO terror groups," Hulusi Akar stressed during a meeting with US Senator Lindsey Graham in capital Ankara, according to a written statement by the ministry. 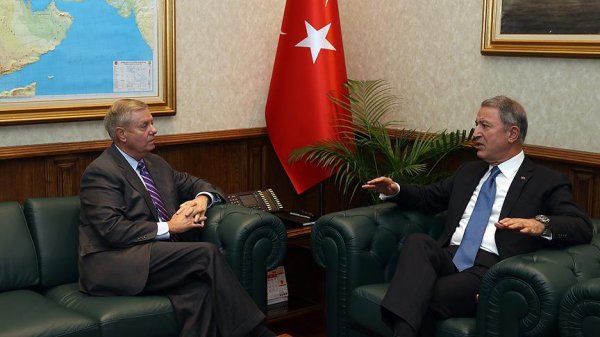 Akar also noted that Turkey would not allow the establishment of a terror corridor along its southern border and the two countries would solve the problems by working together. It added that the latest developments in Syria and Turkey-US cooperation were among the topics discussed during the meeting.

Manbij remains under the control of the PYD/YPG, the Syrian affiliate of the PKK terrorist organization. During its 30-year terrorist campaign against Turkey, the PKK has taken some 40,000 lives

On Wednesday, a suicide attack in Manbij killed three US soldiers. The attack came after US President Donald Trump's surprise announcement last month of the withdrawal of American forces from Syria.