Turkish defense chief: We will continue to stand with Cypriot Turks

The decades since have seen several attempts to resolve the Cyprus dispute, all ending in failure.

The Cyprus issue is Turkey's national cause and Ankara’s aim is to make peace and welfare permanent in the region, Turkish defense minister said Wednesday.

"WE ARE READY TO DO WHATEVER IT TAKES"

"Cyprus, Cypriots are our brothers, we are ready to do whatever it takes to protect the rights and interests of our Cypriot brothers there," Hulusi Akar told at the Turkish Republic of Northern Cyprus (TRNC) Armed Forces Day reception in Ankara.

Akar said drilling activities in licensed areas in the Eastern Mediterranean is Turkey's right and Ankara uses and will use this right. "As Turkey and TRNC with our brothers there, we continue and will continue our work in line with our rights and the international law," said Akar. 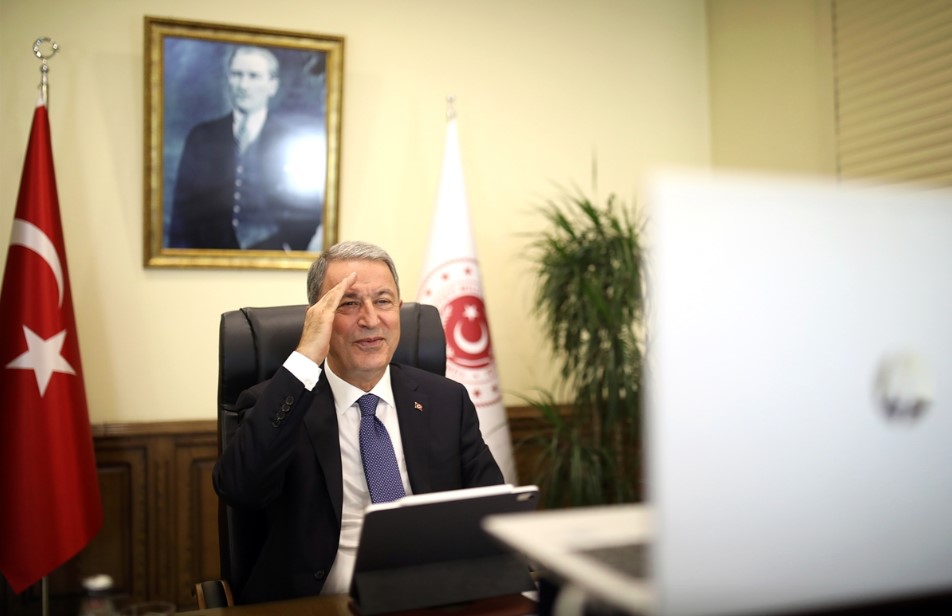 He reiterated that any proposed solution for Cyprus and the Eastern Mediterranean that does not include Turkey and TRNC will be futile and cannot be realized and Turkey will continue to stand with Cypriot Turks as it has in the past.

In 1974, following a coup aiming at Cyprus’ annexation by Greece, Ankara had to intervene as a guarantor power. In 1983, the TRNC was founded.