A decades-long dispute between Turkey and Greece over the uninhabited Kardak islets brought the two countries to the brink of armed conflict in 1996.

Turkey's defense chief and top general visited on Saturday amphibious troops who served in a 1996 flashpoint dispute with Greece which was trying to claim a number of uninhabited Aegean islets off the Turkish coast. 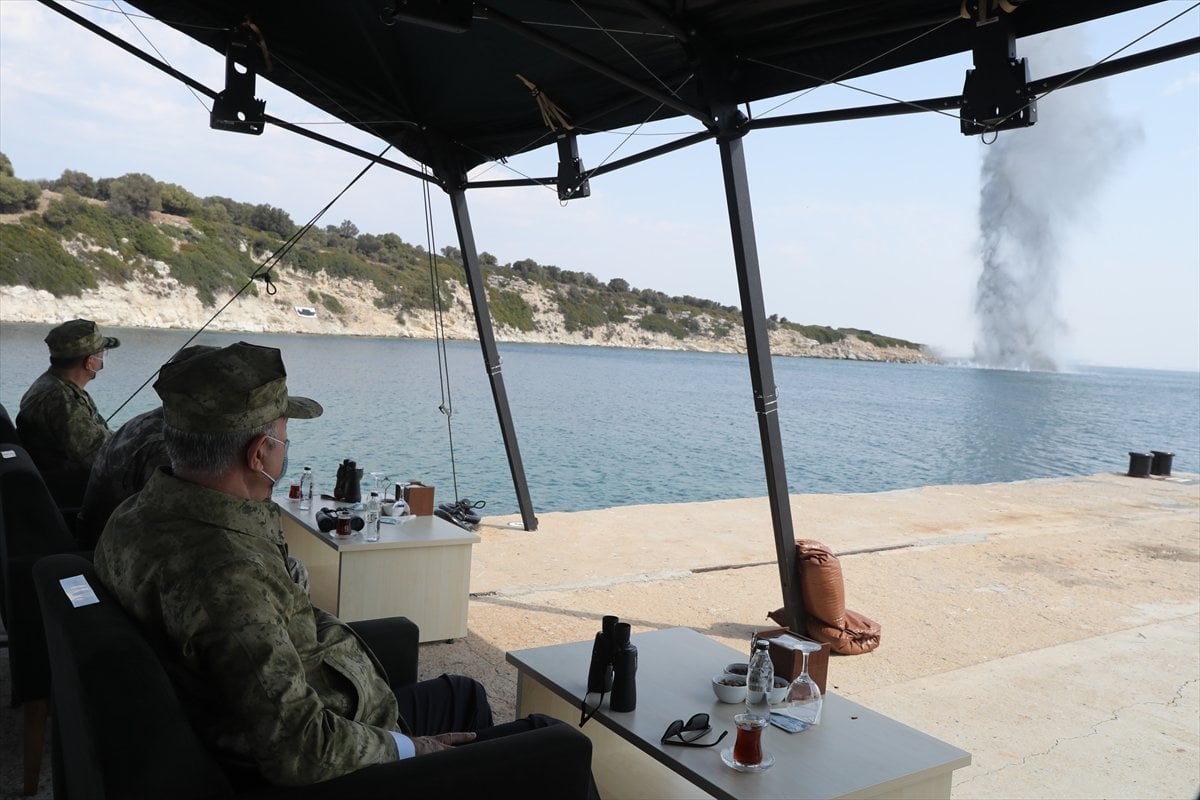 Referring to recent developments in the Eastern Mediterranean, where Ankara and Athens are currently in a dispute on maritime boundaries, Akar said: "There are those who try to guide us by going beyond their limits and heights. We cannot accept them."

During the visit, Akar, Güler and the other staff observed military exercises conducted by the SAT teams.