The statement had targeted the territorial integrity of Turkey.

Turkey’s defense minister on Friday reacted to the statement of the so-called People's Assembly of the Bashar al-Assad regime in Syria which targeted the territorial integrity of Turkey.

“We hear some reckless and meaningless statements about our province of Hatay,” Hulusi Akar said, adding these statements have no value or worth.

Akar’s remarks came during military inspections together with top commanders of navy, ground and air forces in the southern Hatay province.

"We do not have our eyes on anybody's land," he said, adding that one could learn from history what happened to those who had eyes on Turkey’s territory. 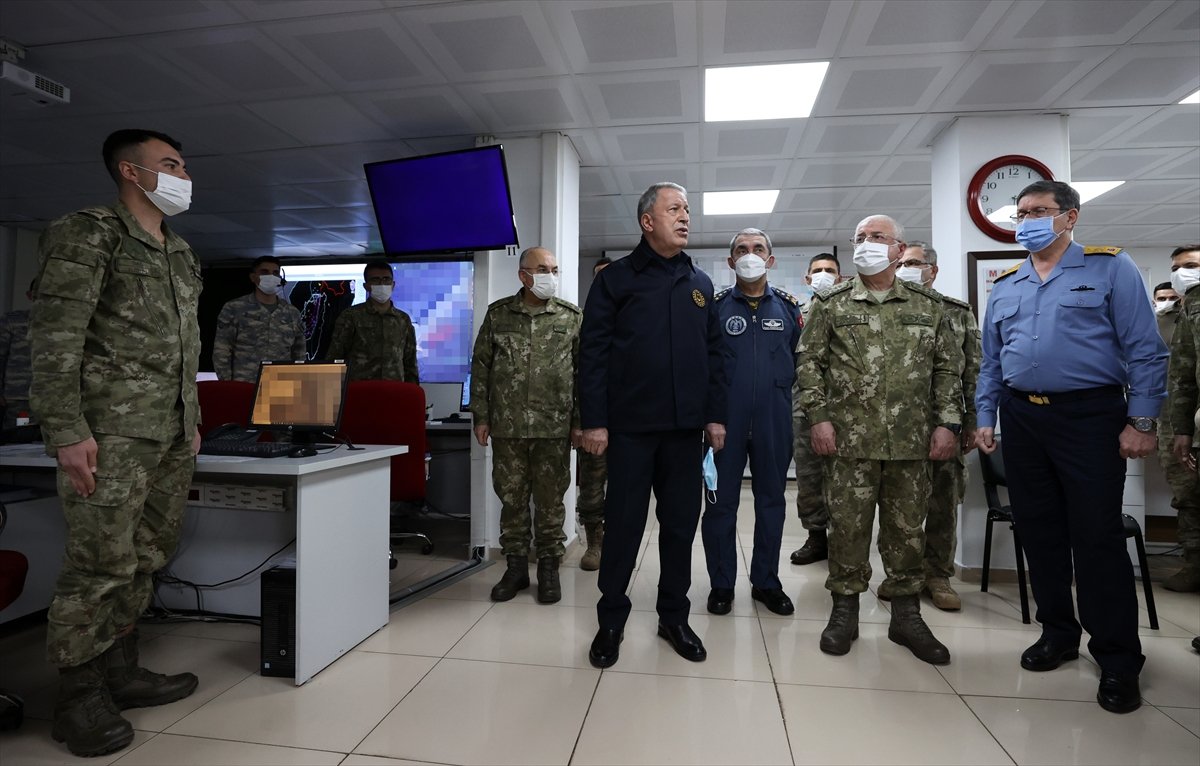 On Thursday, the Foreign Ministry said had said: “We strongly reject the impertinent and unlawful statement targeting the territorial integrity of our country, which has been made by the regime’s so-called People's Assembly which is devoid of democratic legitimacy and under no circumstances represents the Syrian people.”

Stressing that such statements were "signs of the delusional impasse of the regime" persecuting its own people for years, the ministry said Turkey had perseverance and determination to respond to contemptible aspirations against its homeland, national interests.