3 people sentenced to prison over 2007 assassination of Armenian-Turkish journalist.

An Istanbul court on Wednesday handed down heavy jail terms to three people in connection with the 2007 killing of a prominent Armenian-Turkish journalist, a judicial source said. 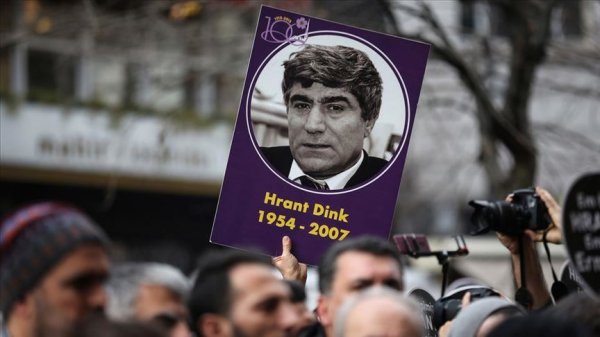 Dink was killed in front of his office in Istanbul in January 2007. He was one of the founders of the bilingual Armenian-Turkish newspaper Agos.