A Turkish court on Friday rejected the appeal of local prosecutor to order the release of Leyla Güven, a lawmaker of the Peoples’ Democratic Party (HDP), a judicial source said.

SHE WAS ACCUSED OF TERROR ACTIVITIES

The Ninth High Penal Court in eastern Diyarbakır gave the release order with a travel ban against leaving the country, said the source who spoke on condition of anonymity due to restrictions on talking to the media. Güven and her advocates didn’t attend the court hearing.

The lawmaker was accused of terror activities following her statements and social media posts on Turkey’s Operation Olive Branch against the PKK/YPG and Daesh terror groups in northwestern Syria. She was arrested on Jan. 22, 2018 as part of a probe launched by the Chief Public Prosecutor’s Office in Diyarbakır. 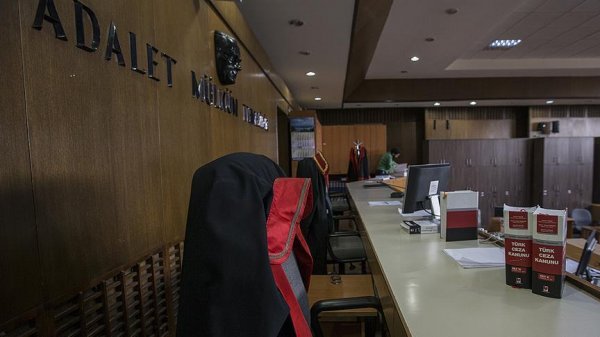 The prosecutor demanded more than 31 years in imprisonment for Güven in February after accusing her of establishing and managing armed terrorist organization as well as making propaganda for terrorists. On June 29, the court ordered her release, however, an upper court later ruled that she should remain behind bars upon the appeal of the chief public prosecutor.

Güven was elected as HDP deputy for southeastern province of Hakkari in the June 24 presidential and parliamentary elections.