A total of 40 schools, including universities of California, Arizona and Manchester, competed in the event.

Aykut Üçtepe, research and development head of ITU’s champion APIS team said that Turkish university attached great importance to the international competitions and he was proud to represent the country. 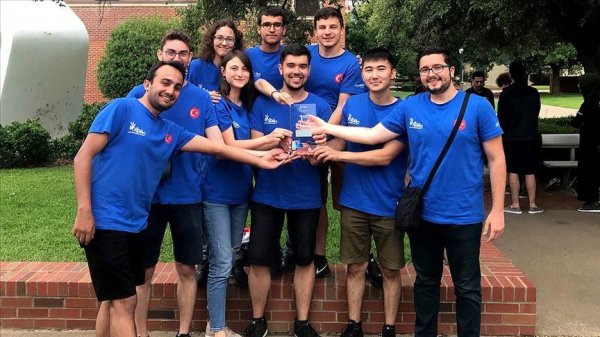 “It was a high time that we came in first,” Üçtepe said, adding his team previously joined the competition for four times and performed well. “In comparison with the previous years, we set out with a more determined crew,” he said. Üçtepe underlined that the team faced a number of crises before arriving at the competition, as they had lost a satellite before the launch of the competition and they had to create another one all over again.

7 OTHERS WERE PLACED IN THE TOP 20

In addition, other Turkish universities have performed well in the prestigious competition, Cankaya University and the Istanbul Gedik University gained a place in the top ten, coming in fifth and seventh respectively.