Food aid to be distributed among families living in missile-hit regions close to the front line in Tartar, Aghdam, Barda cities.

The Turkish Cooperation and Coordination Agency (TIKA) on Thursday sent 40 tons of food aid to Azerbaijani civilians living in areas close to the front line and affected by the attacks of Armenian forces.

"WE FULLY SUPPORT AZERBAIJAN IN FIGHT TO SAVE ITS OWN LANDS"

The food aid consisting of ready meals and canned food will be distributed among 2,000 families living in Tartar, Aghdam, and Barda cities. 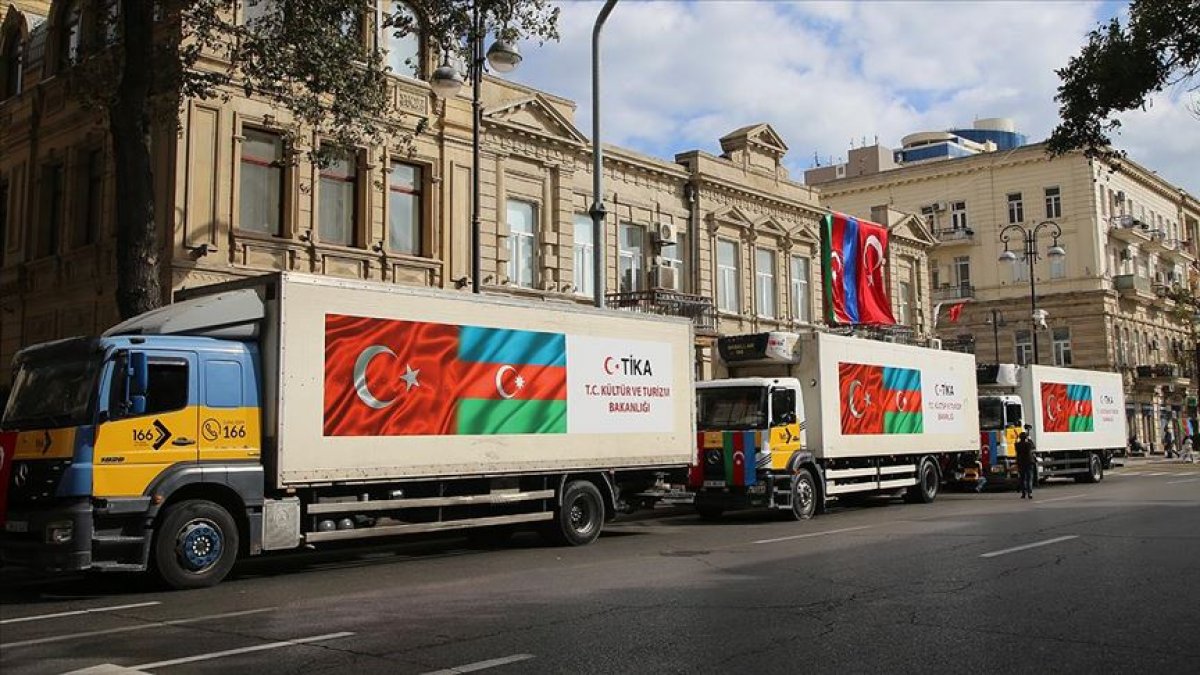 Reminding that Turkey and Azerbaijan are "two states, one nation," Ozoral said: "We fully support Azerbaijan in the fight to save its own lands. Our support is not only because we are brothers, but also because of Azerbaijan’s rightful fight. We will never leave our brothers alone."