Turkey’s Defense Minister said on Sunday that the country’s armed forces were ready to intervene in the areas in northern Syria controlled by terrorist groups.

"Our preparations for Manbij and the east of the Euphrates are complete. We will take the necessary steps when the time comes upon the orders of our president," Hulusi Akar told a rally in Turkey’s southern Hatay province.

"TURKEY IS ON THE SIDE OF PEACE"

Stressing that Ankara had no desire to threaten another country’s territorial integrity, Akar said developments in Syria were a matter of "survival." He added that Turkey had "devastated" terrorist groups in the region with the Euphrates Shield and Olive Branch operations in northern Syria against Daesh and the YPG/PKK terror groups, stressing that Turkey would also continue to protect its maritime territory. 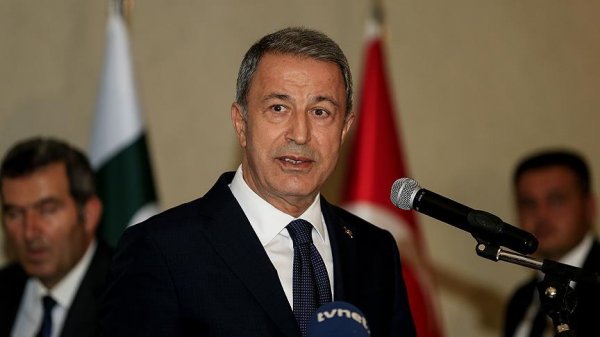 "As Turkey, we have always been on the side of peace," Akar said, adding that Ankara would always protect its rights and interests.

Underlining that Turkey would uphold its advocacy for a safe zone to be established in northern Syria in order to prevent any more suffering on the east of the Euphrates River, he added that Turkey fight was against terrorist organizations, not the region’s Kurdish community. "Let me be very clear in that the Kurds are our brothers [and sisters]... We are one and we can never be separated," Akar said.