As the two countries started to normalize relations, Çavuşoğlu and Mirzoyan met as part of the Antalya Diplomacy Forum.

A historic bilateral meeting took place on Saturday between the foreign ministers of Turkey and Armenia on the sidelines of the Antalya Diplomacy Forum.

Following their one-on-one closed-door meeting, Çavuşoğlu thanked Mirzoyan for accepting the invitation to attend the forum, which he said was "open to all" and "a platform where everyone's voice should be heard."

"As you are aware, we have started a process to normalize our relations," he said, citing the "positive messages" of both Turkish President Recep Tayyip Erdoğan and Armenian premier Nikol Pashinyan.

Çavuşoğlu also commented on the normalization talks between the special envoys of the two countries, of which the first was held in Moscow and the second in Vienna. 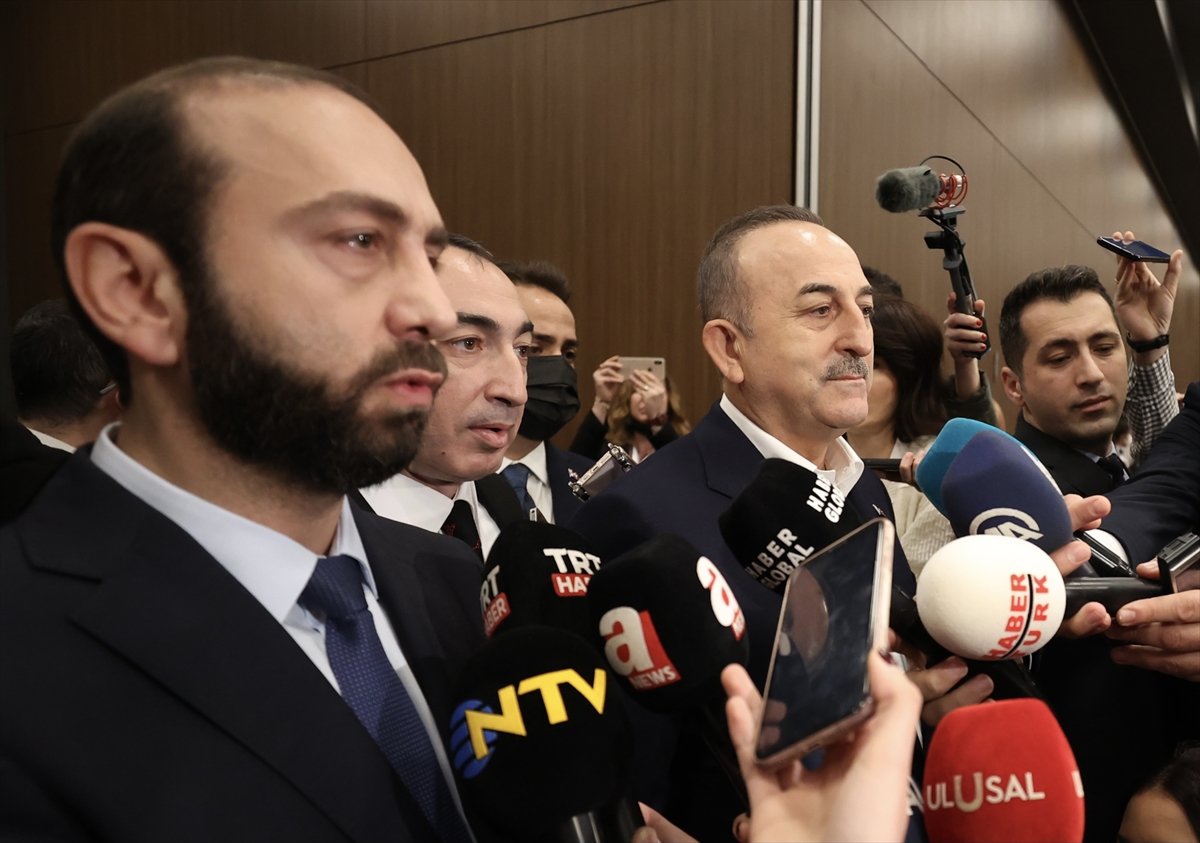 "Here (at the talks), they (special envoys) also discussed the steps to be taken to normalize our relations," Çavuşoğlu said, noting that he and Mirzoyan had discussed these talks "a little bit and evaluated" them.

The Top Turkish diplomat stressed that Ankara is striving "for stability and peace in the South Caucasus and we receive support from all towards our efforts in this direction."

IMPORTANCE OF STABILITY IN THE REGION

Çavuşoğlu also noted that Azerbaijan supports the normalization process between Ankara and Yerevan.

"Stability and peace in the region is for the benefit of all of us, and we will continue to take steps in this direction," he added, noting that he and Mirzoyan had reached an agreement to do so. 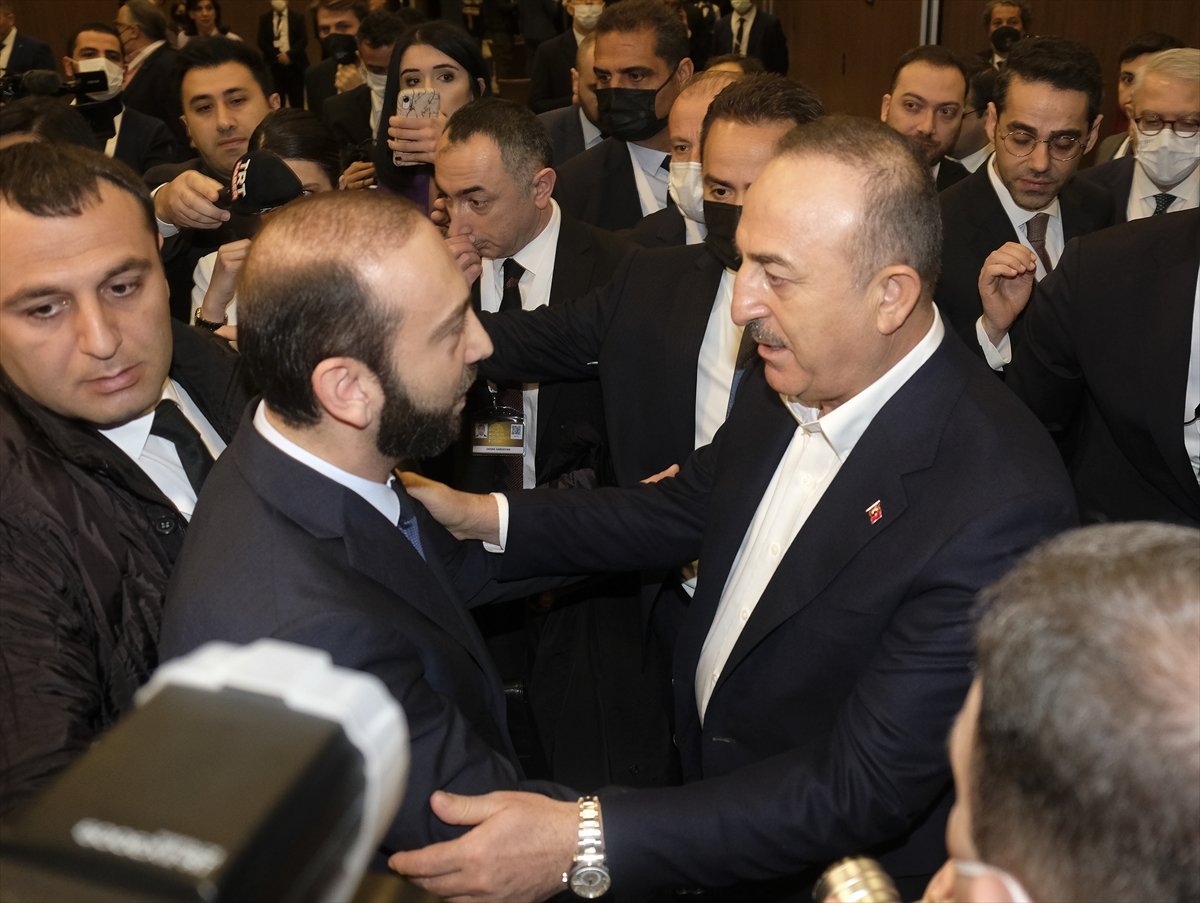 For his part, the Armenian minister said his country is determined to dedicate efforts for peace and stability in the region and that it is working to normalize relations with Turkey.

Mirzoyan also thanked Çavuşoğlu for his invitation to the Antalya Diplomacy Forum, calling the move a "positive sign."

"In our meeting, we agreed to continue the normalization process towards the establishment of unconditional diplomatic relations and the opening of borders," he noted.

Normalization efforts are ongoing between the special envoys, underlined Mirzoyan, hoping that they bear results in the near future.

"We are glad to see that all our neighboring countries are making an effort to establish peace and prosperity in our region. And I would like to express that Armenia is ready to strive for this vision," he added. 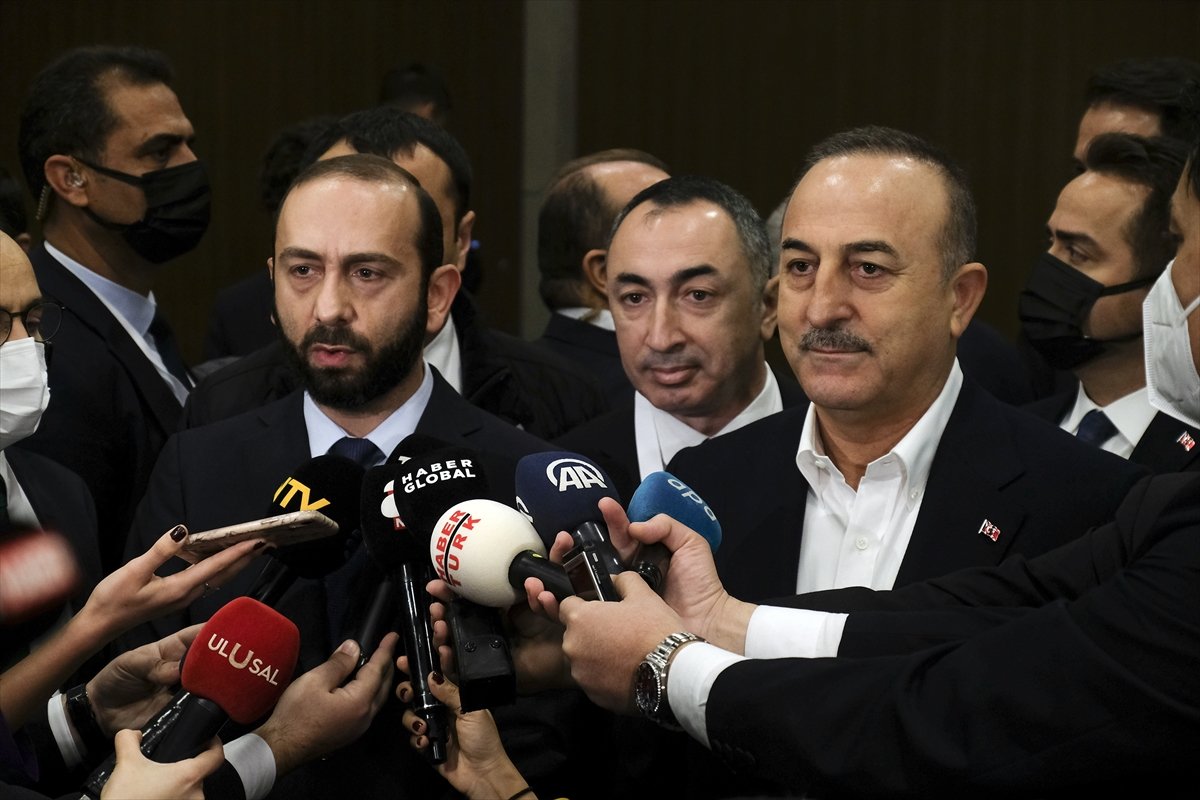 Turkish-Armenian relations entered a new phase after both countries appointed special representatives, which held their first meeting on Jan. 14 in Moscow.

The envoys from Turkey and Armenia, Serdar Kılıç and Ruben Rubinyan, held their second meeting in Vienna on Feb. 24 and "reiterated their agreement to continue the process without preconditions."

The three-day high-level Antalya Diplomacy Forum in the resort city of Antalya has brought together participants from 75 countries, including 17 heads of state, 80 government ministers, and 39 representatives of international organizations.