"WE WILL NOT LET TERRORISTS TO DISRUPT PEACE"

"We will not let terrorist organization PKK/YPG to disrupt peace and security in [Operation] Peace Spring region. Our heroic commandos, who took every measure in the region, prevented another infiltration attempt and neutralized 14 YPG/PKK terrorists," the ministry said on Twitter. 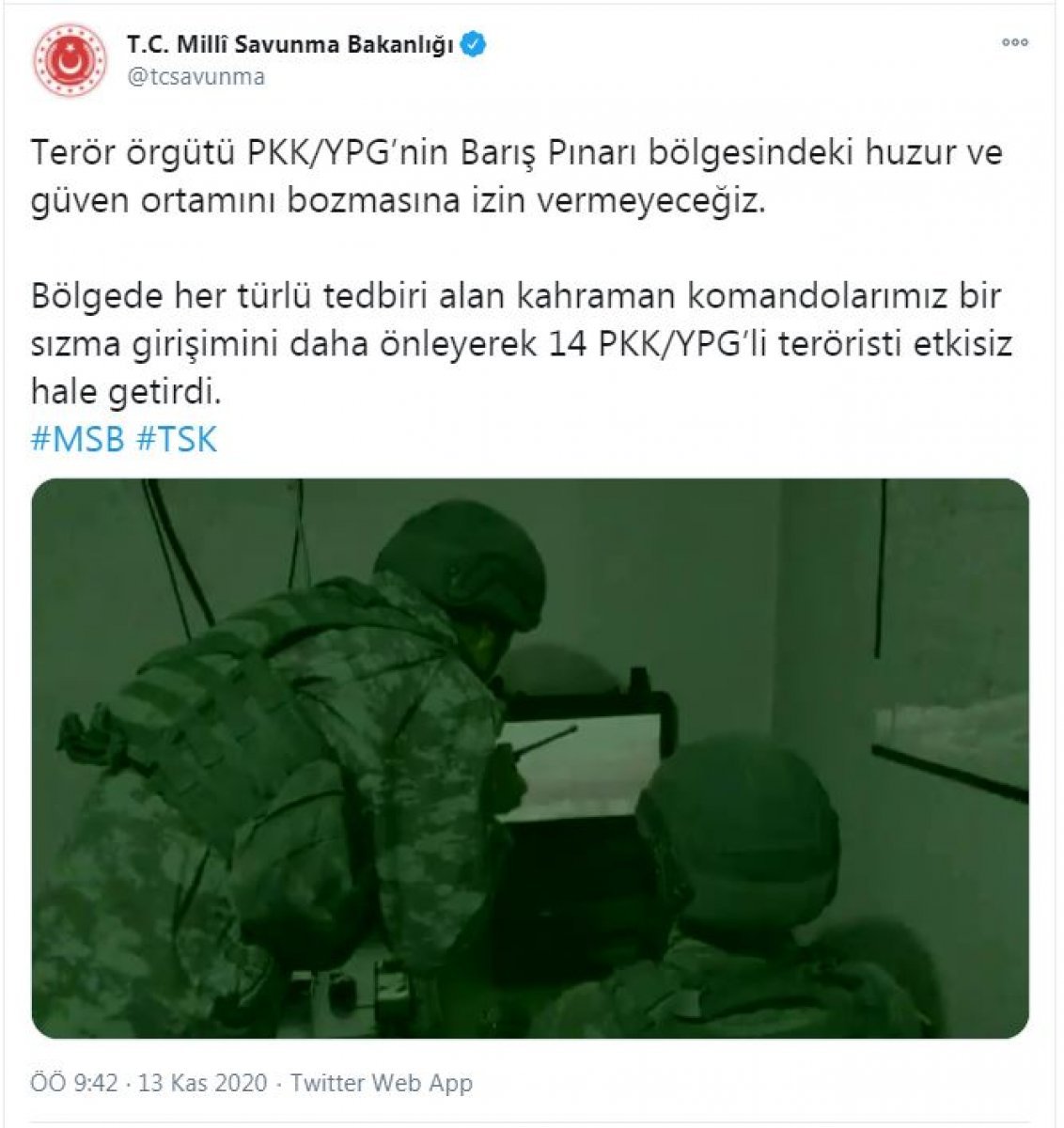 A video footage of the operation was also shared on the official microblogging website.