The national flag carrier Turkish Airlines has been named as the country’s largest service exporter on Friday.

Speaking at the ceremony, Turkish President Recep Tayyip Erdoğan said the total turnover of awarded 500 firms was $93 billion in 2017 as their services exports amounted to $23 billion. "These 500 firms made more than half of our total services exports," Erdoğan said. Turkey continues to move towards its aims with democracy, economy, and security, the president added. 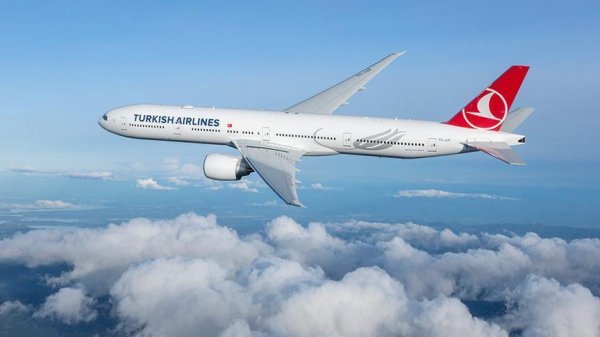 Services export becomes one of the most powerful instruments for fighting against the current deficit, Pekcan said. The country ranked as 29th last year with its $43.7 billion services exports in the world, Pekcan reminded.

She said Turkey does not only exports goods to all around the world but it also exports contractor services, software, TV series, movies, and health services.

Turkey is among the top 10 countries in the textile and tourism sectors, and the country will be a regional power in e-commerce, medical tourism, information technologies, and software sectors, Pekcan noted.

"This year, just our game software exports will exceed $1 billion, which is equal to Turkey's steel exports to the US," she said.