Lebanon, with public debt exceeding $90 billion, is experiencing one of its worst economic crises since the civil war of 1975-1990.

Turkey's state-run aid agency is continuing to support projects in Lebanon to end unemployment and poverty caused by economic crisis.

THE POVERTY RATE IS ABOVE 50 PERCENT IN THE COUNTRY

Orhan Aydin, the coordinator of the Turkish Cooperation and Coordination Agency (TIKA) in Lebanon, on Monday said they were providing training and necessary materials such as chickens, feedstuff and medicine for poultry farming to Lebanese housewives.

He said the aid was meant to improve rural development, agriculture and husbandry in the Middle Eastern country. Aydin said local people have had an opportunity to produce and trade chickens and eggs. 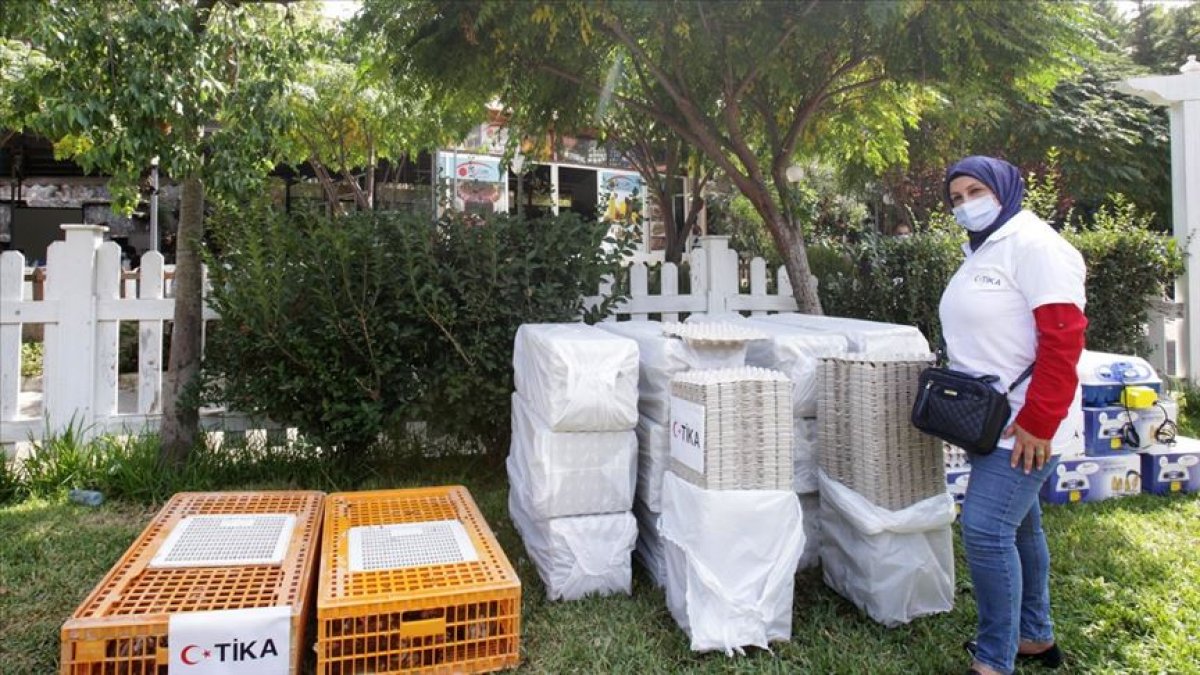 The poverty rate is above 50% and the unemployment rate stands at 35%.

Besides, on Aug. 4, a huge explosion in the port of Beirut rocked the capital, killing 191 people and injuring over 6,000 others, while dozens remain missing. The blast caused an estimated $15 billion in damages.