Turkey and Libya’ Tripoli-based Government of National Accord have signed a bilateral memorandum which determines their maritime boundaries on November 27.

"TURKEY WILL USE ITS RIGHTS IN EASTERN MEDITERRANEAN"

Speaking at the ruling Justice and Development (AK) Party's consultation meeting of provincial heads at Halic Congress Center in Istanbul, Erdoğan said Turkey will use its rights under international law and international maritime law till the end on Eastern Mediterranean. 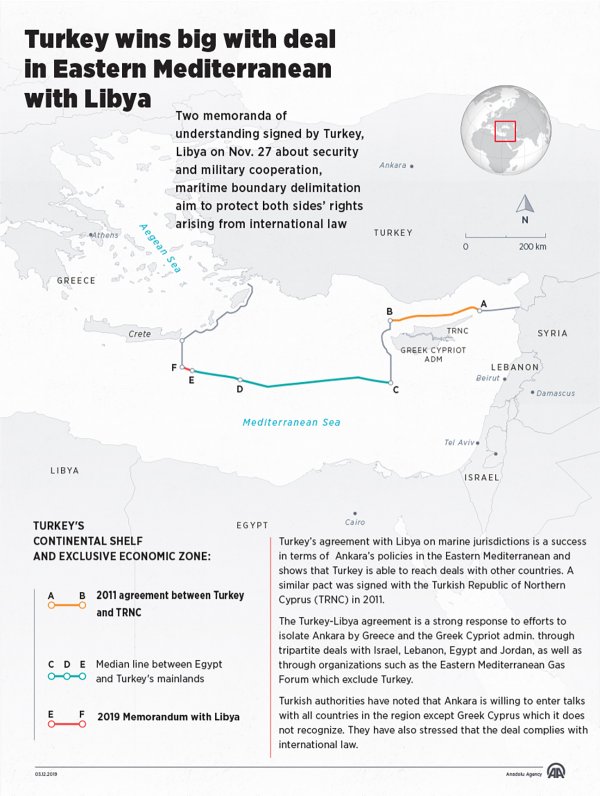 Turkey called on the regional countries to work in a collective manner regarding the distribution of hydrocarbon reserves, which have an estimated value of hundreds of billions of dollars and turn the natural sources into an opportunity to boost bilateral ties and neighboring relations.

However, Ankara’s calls have fallen on deaf ears so far and some countries attempted to isolate Turkey from the energy equation. Turkey maintains drilling activities in the Mediterranean region.