President Erdoğan announced that a total of six new submarines will go into service in the Turkish Naval Forces between 2022 and 2027.

Turkey's first home-made submarine was taken into pool to continue its construction in the northwestern province of Kocaeli with a ceremony on Sunday.

SUBMARINES WERE NAMED AFTER MONUMENTAL PERSONALITIES

The building of TCG Piri Reis started four years ago under the new-type submarine project of the Turkish Naval Forces with a view to increasing the capabilities of the Turkish defense industry. 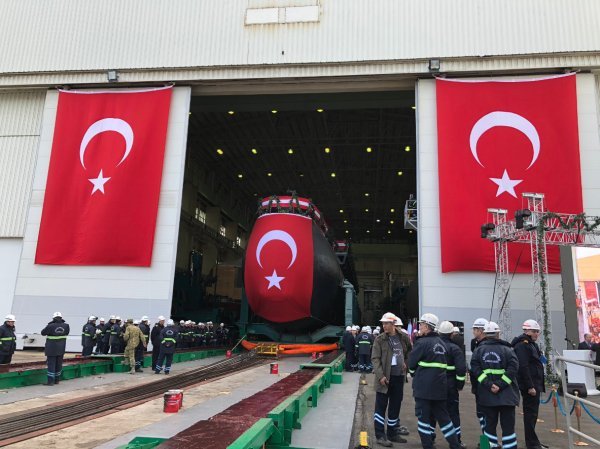 Speaking at the ceremony, President Recep Tayyip Erdoğan said a total of six submarines shall be built under the project and all will be operational by 2027, with Piri Reis in service as of 2022. 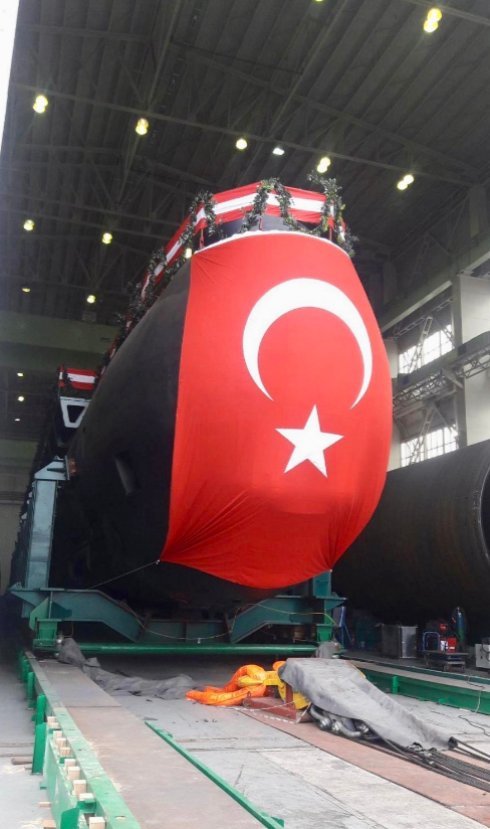 Erdoğan also noted that Greece and its partner countries have been trying to block Turkey's sea access, but his country would continue to protect its rights in the eastern Mediterranean Sea through the maritime deal signed with Libya. "If necessary, we might raise the level of our military support to Libya," he said.