Our targets are only terrorists, we are respecting the territorial integrity of our neighbor Iraq, Turkish Defense Minister Said.

"OUR EFFORTS WILL CONTINUE"

"All our troops burst on the pre-determined areas with attacking air operations. They are working day and night, and the efforts are ongoing to take these regions under control," Akar said.

His remarks came during a weekly meeting of chief of general staff, commanders of air, land and naval forces via a video link. The commander of Turkish Task Force in Afghanistan and the head of military representative of Turkey in NATO headquarters were also in attendance of the meeting. 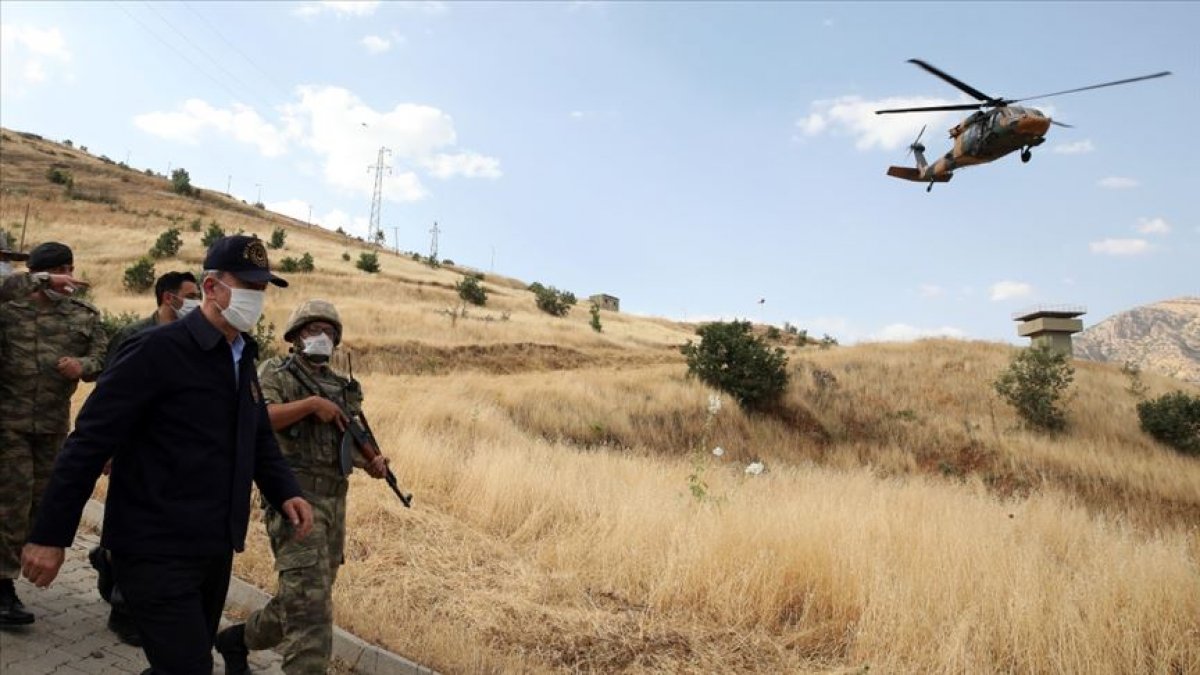 He also said that at least 81 terrorist hideouts in northern Iraq were demolished by Turkish air forces in the Operation Claw-Eagle on June 15. He stressed that Turkish forces are quite careful to not harm civilians as well as historical and religious buildings.