Turkey will soon clear all Daesh remnants from Syria

Turkish forces will very soon clear all Daesh remnants from Syria, the terrorists deliberately left there and trained against Turkey, the country’s president said on Monday.

"POSITIVE TALKS HAVE BEEN HELD WITH BOTH US AND RUSSIA"

“We will very soon bring peace, security, and stability east of the Euphrates River, just as we did in other regions,” said Recep Tayyip Erdoğan, referring to a promised counter-terrorist operation across Turkey’s borders, following up on two similar operations since 2016. “In this regard, we continue to be in contact with powers which have a military presence in the field, particularly the US and Russia,” he told a Turkish Red Crescent event in Istanbul. “Positive talks” have been held with both Washington and Russia, he added. 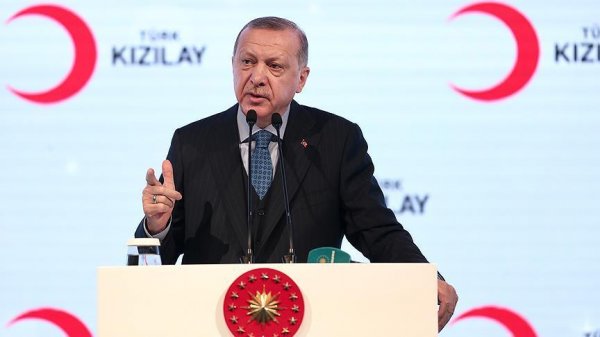 In recent days, Turkish officials said Turkey has completed all preparations for an operation east of the Euphrates in northern Syria, which Ankara said would serve territorial integrity in the war-torn country.

Erdoğan also lamented how the cries of the oppressed continue to arise from various corners of the Islamic world. "The Islamic world has been unable to carry out an effective and successful struggle to cope with crises taking place in most of its territories,” he said.