Turkey will not change course on buying the S-400 missiles

Changing course on Turkey's deal to purchase S-400s ‘definitely’ out of the question, says President Erdoğan.

Turkey will not change course on buying the S-400 missile defense system from Russia, but the country could also accept a "good offer" on US Patriot missiles, the country's president said Tuesday.

"WE ARE OPEN TO GOOD CONDITIONS"

"Changing course on Turkey's deal to purchase the S-400s is 'definitely' out of the question," Recep Tayyip Erdoğan told private channel NTV. "Regarding the Patriot issue, if you the US provide us good conditions, we are open to that as well. We have to work with alternatives," Erdoğan stressed. 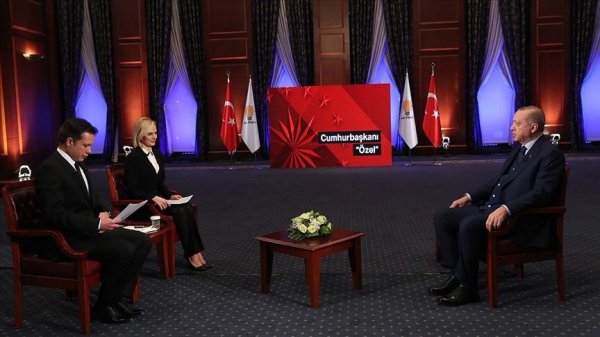 "IT'S WRONG TO INTRODUCE TURKEY AS AN ENEMY TO KURDISH PEOPLE"

Erdoğan also touched on comments by Russian Foreign Minister Sergey Lavrov on Kurdish forces in Syria, saying they were wrong.

"All PKK-related groups are terrorist organizations," he said, adding they can have Kurdish, French, German and Italian members. In other words, it is very wrong to be in efforts to introduce Turkey as an enemy of the Kurdish people because the PKK does not represent the Kurdish people.