Erdoğan: Turkey will not bear all alone the burden of new migration

Speaking at an event on Sunday, President Erdoğan reiterated that Turkey hosts the largest number of refugees and is a country that spends the most on humanitarian aid per capita.

Turkey cannot handle a fresh wave of migrants from Syria, President Erdoğan said on Sunday, warning that European countries will feel the impact of such an influx if violence in Syria’s northwest is not stopped.

"TURKEY WILL NOT CARRY THIS BURDEN ON ITS OWN"

Speaking at an awards ceremony in Istanbul on Sunday night, President Erdoğan said more than 80,000 people were currently on the move from Idlib to Turkey.

“If the violence toward the people of Idlib does not stop, this number will increase even more. In that case, Turkey will not carry such a migrant burden on its own,” Erdoğan said. 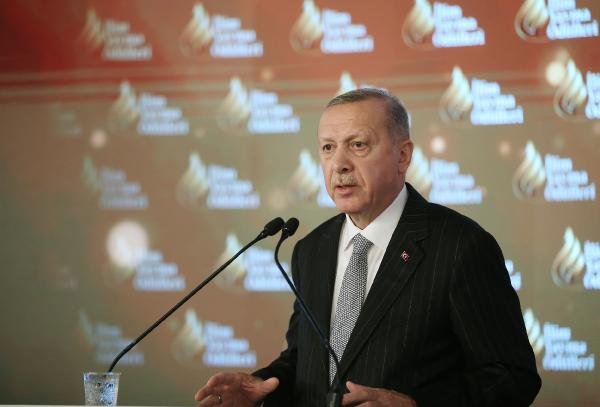 “The negative impact of the pressure we will be subjected to will be something that all European nations, especially Greece, will also feel,” he said, adding that a repeat of the 2015 migrant crisis would become inevitable.

He also said Turkey was doing everything possible to stop Russian bombardments in Idlib, adding that a Turkish delegation would go to Moscow to discuss Syria on Monday.