"CYPRIOTS DO NOT EVEN WANT TO SHARE HOSPITALS WITH TURKS"

“What Turkish Cypriots are asking for is very fair. Equitable revenue sharing. They made proposals in 2011, 2012, and 2019,” Mevlüt Çavuşoğlu said during the Bratislava Global Security Forum in Slovakia. “We urge everybody to [accept] equitable sharing and delimitation. But unfortunately [we were] constantly refused,” he added. 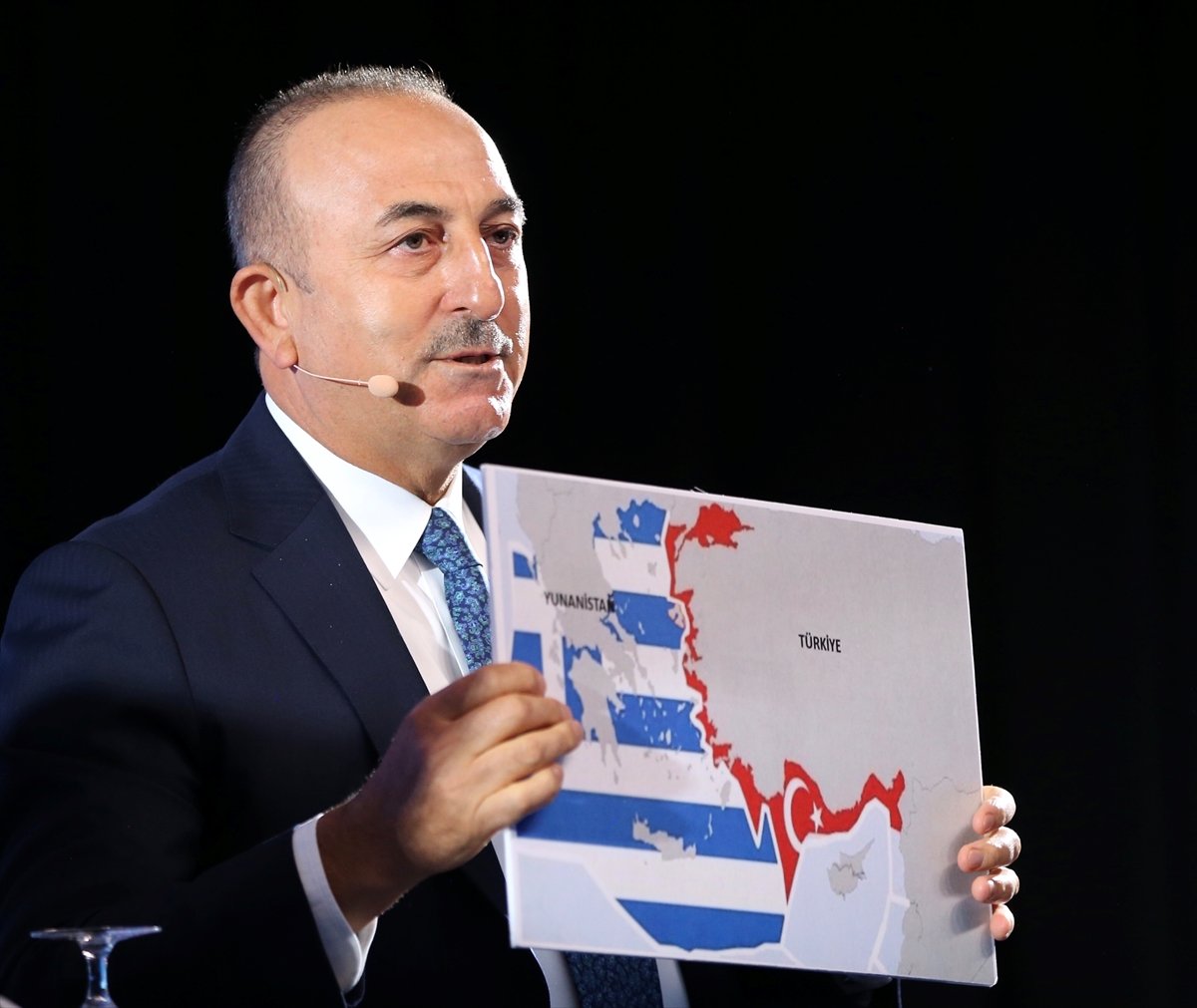 “Greece has maximalist claims,” Çavuşoğlu said, citing the so-called Seville Map, under which small Greek islands near the Turkish shore are seen as having huge continental shelves, supposedly superseding the shelf of the large Turkish mainland. “We have been doing seismic research activities in the areas that we registered to the UN in 2004 and gave licenses for in 2009 and 2011,” Çavuşoğlu stressed. 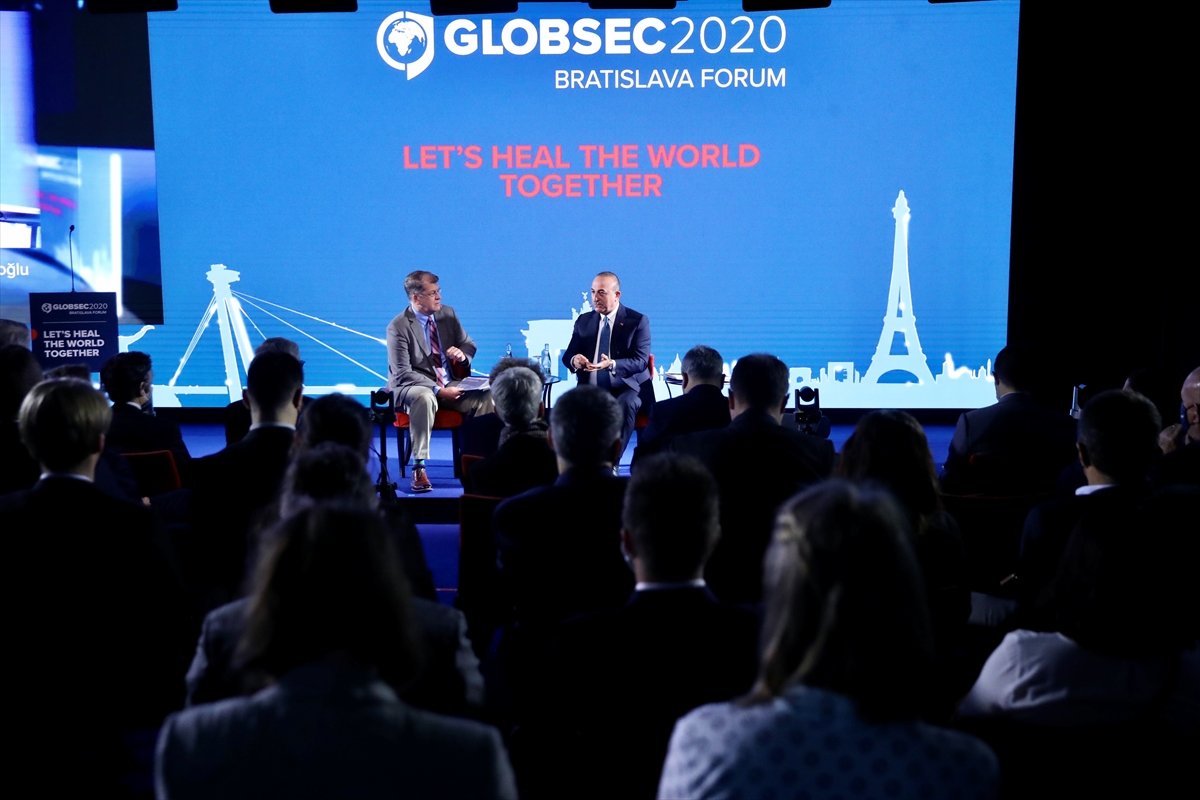 Underlining that Turkey has given diplomacy and meaningful dialogue with Greece another chance, he said violating Turkey’s continental shelf “does not show good will.” On troops from Turkey stationed in Turkish Cyprus, Çavuşoğlu said this issue was negotiated under the 2004 Annan plan and also the Crans-Montana Cyprus talks in 2017. 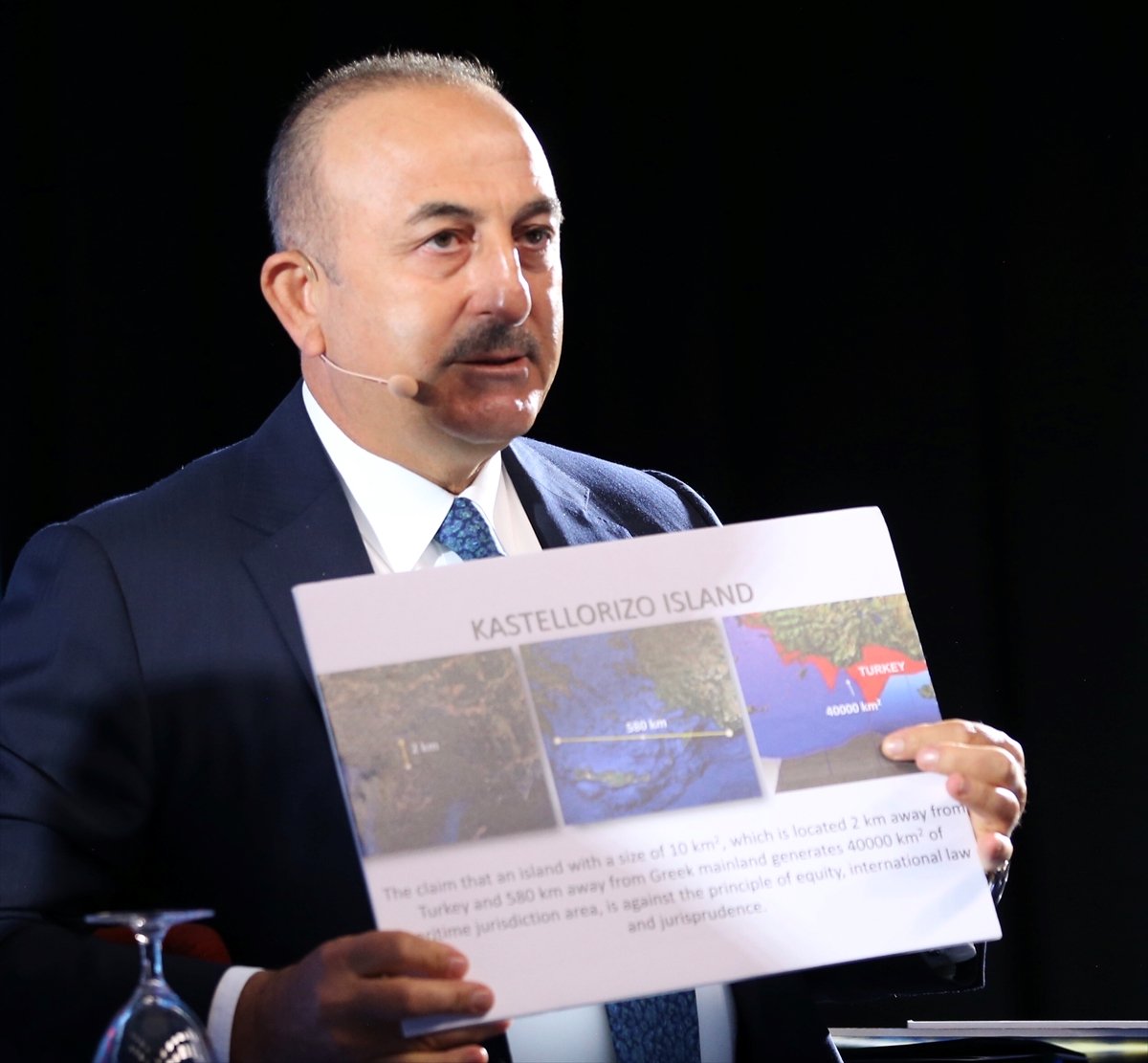 Underscoring that Turkish Cypriots with the support of Turkey supported the Annan Plan in a referendum, he questioned why the Greek side rejected it. “Because you do not want to share anything with Turkish Cypriots,” he stressed.

Nicos Anastasiades, the president of Southern Greek Cyprus, said that Greek Cypriots do not even want to share hospitals with Turks, Çavuşoğlu added. “Turkey is one of the guarantor countries for Cyprus. Turkey is obliged to protect the rights of Turkish Cypriots,” he stressed.