Turkey to US: Correct your mistake

Pentagon announced it is removing Turkey from the F-35 stealth fighter program, following through on threats to do so over Ankara's purchase of the Russian S-400 anti-air system.

Turkey is calling on the US to correct its mistake of removing the country from the F-35 fighter jet program, "which will irreparably damage relations", the Foreign Ministry said Wednesday.

The unilateral move by the US "neither complies with the spirit of alliance nor is it based on legitimate grounds," the ministry said in a statement.

"THE DECISION IS UNFAIR"

"It is unfair to remove Turkey, one of the main partners in the F-35 program," it said, adding  claims that the S-400 system will jeopardize sensitive information about F-35 technologies are not valid. "Being irresponsive to our proposal to form a working group which will also include NATO on this basis is a clear indication that the US is biased and lacks the will to resolve the matter in good faith," the ministry said. 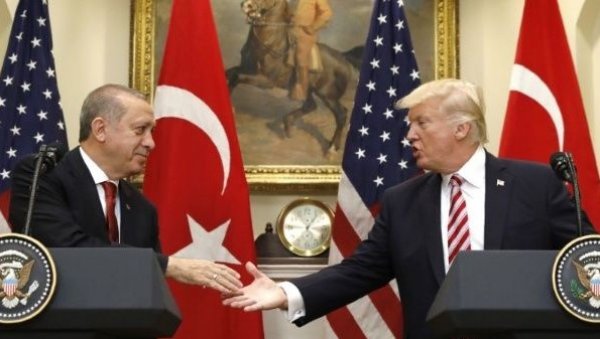 The ministry highlighted that the US must show the importance it attaches to Turkey's friendship not just with rhetoric but with actions, especially in the fight against Daesh, the PKK/PYD/YPG and the Fetullah Terrorist Organization (FETO).