Turkey to send 4th drilling ship to the Mediterranean

Even as EU ministers threaten Turkey with sanctions, Turkish drilling activities in the eastern Mediterranean will gain speed.

Since this spring Ankara has sent two drill ships -- Fatih and Yavuz -- to the Eastern Mediterranean, asserting the right of Turkey and Turkish Republic of Northern Cyprus (TRNC) to the resources of the region.

Athens and Southern Cyprus have opposed the move, threatening to arrest the ships’ crews and enlisting EU leaders to join their criticism.

EU foreign ministers who met in Brussels on Monday decided to reduce the pre-accession assistance to Turkey for 2020 by €145.8 million to put Turkey off its drilling activities. 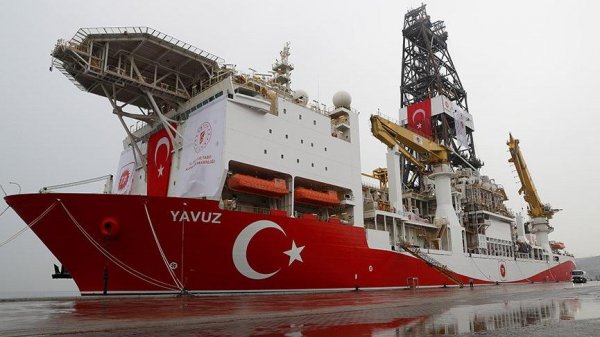 "Turkey will continue drilling for gas in the eastern Mediterranean off Cyprus despite opposition from Athens and the European Union and send the 4th vessel to the region," Çavuşoğlu said.

Turkey to send 4th drillship to the Mediterranean WATCH

"Any attempt in the region at alliances and cooperation in the region that alienate Turkey are destined for failure. The ministers themselves are aware that the sanction decision doomed to fail. Turkey will deepen its activities in the Mediterranean as long as they continue taking these kinds of measures against us. We already have three drilling ships in the region and intend to send the 4th soon.  We strongly recommend Greek Cypriots not to keen on EU. " he added.