Turkey to open another military base in Qatar

Turkey is set to open the second military base near the existing joint command centre in Qatar this fall.

Turkish troops were first deployed to Qatar in October 2015, in an attempt to contribute to the regional peace and to boost bilateral relations between Turkey and Qatar. In December 2017, the military base was named the Qatar-Turkey Combined Joint Force Command.

In a recent post released by military forces, it’s been stated that a new Turkish base has been built near Qatar’s Tariq Ibn Ziyad military base. The military base’s inauguration ceremony was expected to be unveiled by the Qatari Emir and President Recep Tayyip Erdoğan.

Turkey’s move was held under the microscope by Saudi media organs. 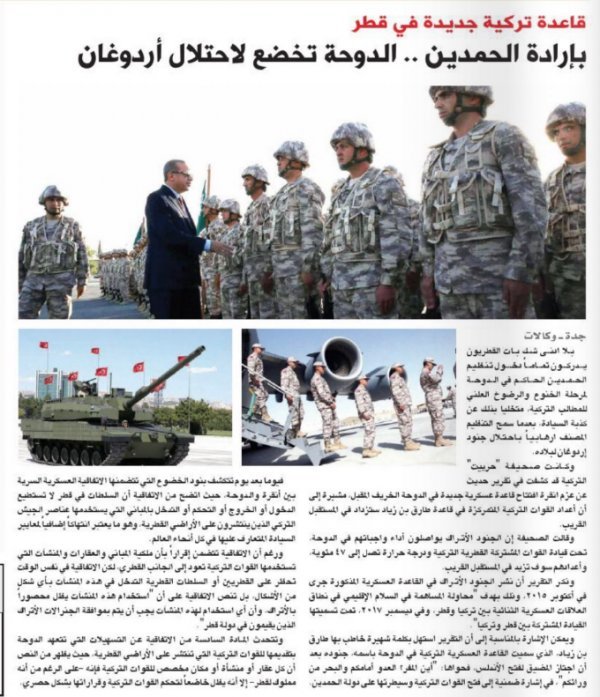 Saudi media has announced the new military base as "Turkish invasion of Qatar". Another newspaper said that Qatar has bent President Erdoğan’s invasion. 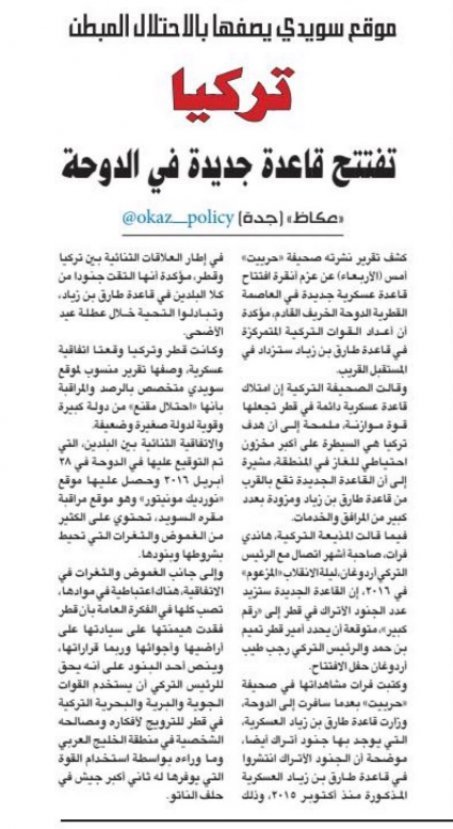 As it’s known, Saudi Arabia has threatened Qatar several times with not lifting the embargo unless the government closes the Turkish base.

Qatar, on the other hand, had refused the Saudi government’s proposal.