President Erdoğan said Turkey's anti-terrorist operations in northern Syria will not stop and will continue with determination.

Following an Assad regime attack on Turkish troops, Turkey will keep its military observation posts in Idlib, Syria, along with necessary fortifications, because they play a vital role, said the president on Tuesday.

"WE WANT TO SEE CONCRETE STEPS"

The deadly attack was very clear violation of the Idlib agreement and so will have consequences for the Assad regime, Recep Tayyip Erdogan told reporters en route back to Turkey from an official trip to Ukraine.

But he also said in wake of the attack, there is no need for a conflict or contradictions with Russia, and there are serious strategic initiatives taking place. "It is not enough to appreciate Turkey, we want the international community to be responsible and we want to see concrete steps," Erdogan said. 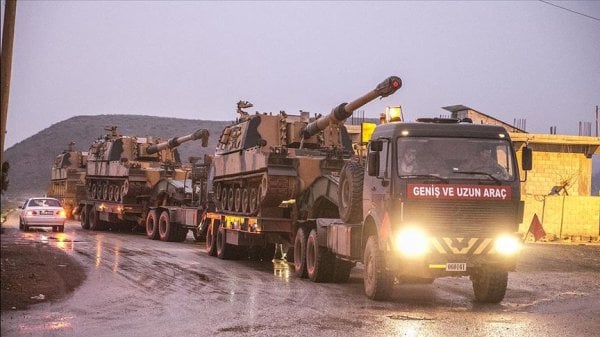 He said that a new civilian massacre and migrant exodus in Idlib cannot be allowed, therefore Turkish and Russian foreign ministers have held talks today. Erdogan stressed tent cities will not provide sufficient shelter in the cold weather and so there was need to build durable brick shelters for the refugees.

He reiterated that the international community had not fulfiled promises made since 2014 to Turkey regarding funds for the refugees.