Mevlüt Çavuşoğlu held bilateral talks with his Philippine counterpart Teodoro Locsin Jr as part of the 52nd Foreign Ministers' Meeting of the Association of Southeast Asian Nations (ASEAN) in Thailand’s capital of Bangkok.

In a tweet, Çavuşoğlu said: "Started bilaterals during #ASEAN w/FM Teodoro Locsin Jr. of the Philippines." "On 70th anniversary of #Turkey-#Philippines diplomatic relations, aim to increase trade volume&defense industry cooperation. Will continue contributing to the Philippines peace process," he added. 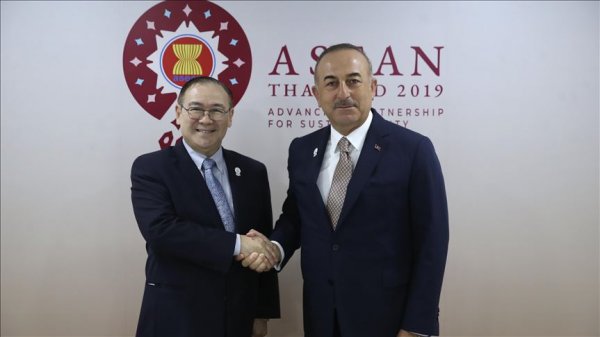 ASEAN was formed in 1967 by Indonesia, Malaysia, the Philippines, Singapore and Thailand in Bangkok and was later joined by five other countries.

Turkey was granted the status of Sectoral Dialogue Partner in 2017.