Turkey to continue its fight against terrorism

Presidential communications director Fahrettin Altun state4d that Turkey's fight against terrorism continues both within, outside its borders.

Turkey’s presidential spokesman said on Monday about Turkey's potential operation to northern Syria that Turkey does not have designs on any country's territory.

TURKEY IS DETERMINED ON FIGHTING TERRORISM

"As part of the Syria's territorial integrity, the safe zone plan has two purposes, to secure our borders by eliminating terror elements and to ensure the safe return of refugees," Ibrahim Kalin said on Twitter. "Turkey is strong and determined," he added. 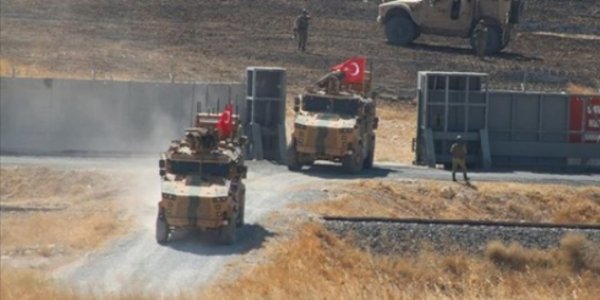 Presidential Communications Director Fahrettin Altun said on Twitter early Monday that Turkey's fight against terrorism continues both within and outside the country's borders. The main element of this struggle is the strategy of eradicating terror completely at its source and Turkey's fight would continue until peace is fully established, he added.