Turkish president says only demand of Turkish Cypriots is recognition of their sovereign state status.

Ankara will continue its efforts to secure international recognition for the Turkish Republic of Northern Cyprus (TRNC), Turkey’s president said on Wednesday.

“We will make every possible effort to ensure recognition of the Turkish Cypriot state as soon as possible,” President Recep Tayyip Erdoğan said in a video address to members of the Justice and Development (AK) Party on the Muslim holiday of Eid al-Adha.

He stressed that the only demand of Turkish Cypriots in international talks on the Cyprus issue is for “their sovereign state status to be recognized,” a recognition currently only given by Turkey.

'OTHER PROPOSALS ARE NOT VALID'

“All other offers and proposals are not valid anymore,” Erdoğan added.

The Turkish president returned from a two-day visit to the TRNC on Tuesday, where he reiterated Ankara’s support for a two-state solution to the Cyprus issue and the need for both sides of the island to be recognized as equals. 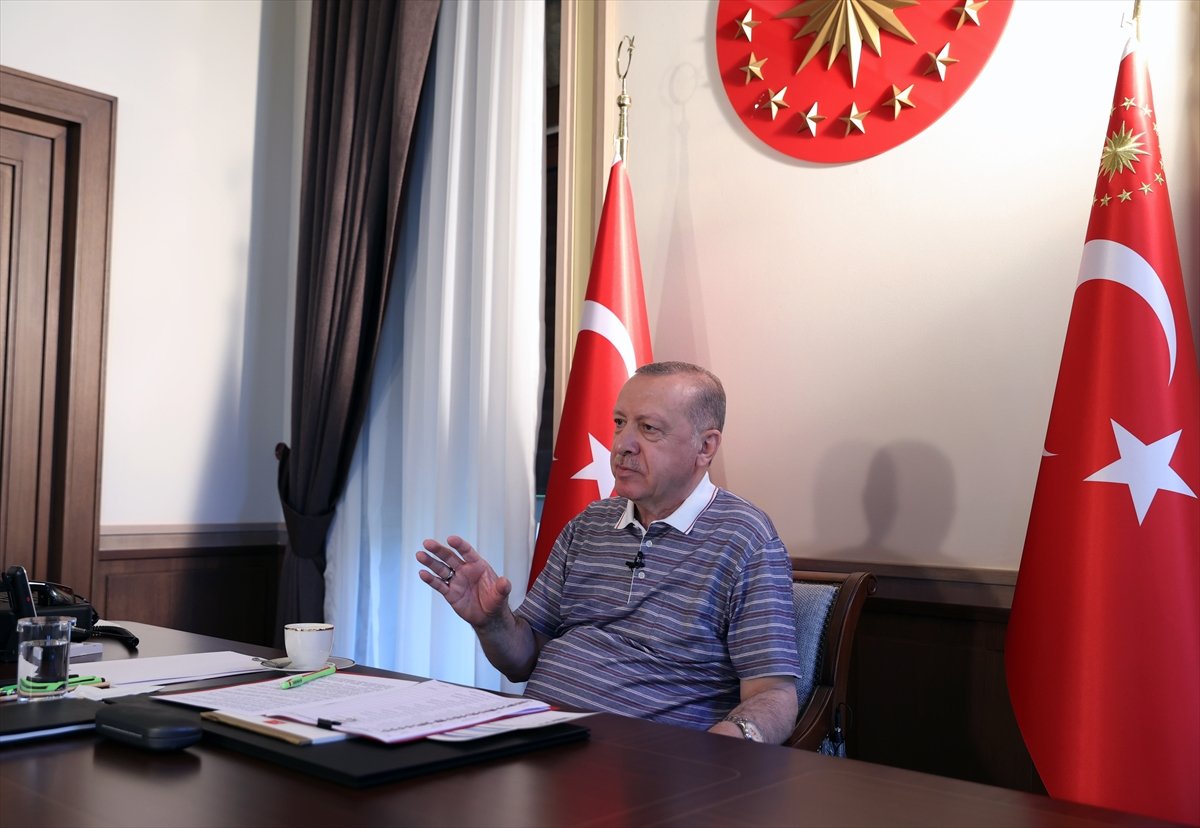 “No one should expect the Turkish Cypriots to give up their equal status and sovereignty, and to accept to live as a minority as per the will of the Greek Cypriots,” Erdoğan said at an event on the island, adding that the Turkish Cypriots would not compromise on their independence and freedom.

“First of all, the sovereign equality and equal status of the Turkish Cypriots should be confirmed. This is the key to the solution,” he said.

Ethnic attacks starting in early 1960s forced Turkish Cypriots to withdraw into enclaves for their safety.

In 1974, a Greek Cypriot coup aiming at Greece’s annexation led to Turkey’s military intervention as a guarantor power to protect Turkish Cypriots from persecution and violence. The TRNC was founded in 1983.

It has seen an on-and-off peace process in recent years, including a failed 2017 initiative in Switzerland under the auspices of guarantor countries Turkey, Greece, and the UK.

The Greek Cypriot administration entered the EU in 2004, the same year that Greek Cypriots thwarted the UN’s Annan plan to end the decades-long dispute.