Turkey to apply safe-zone in Syria

Turkey has conducted two major military operations in northwestern Syria to purge the region of terrorist groups Daesh and the YPG, which is the Syrian branch of the terrorist organization PKK.

Turkey will apply its own plan of action, if Turkish soldiers are not allowed to control safe-zone in Syria, Turkish President Recep Tayyip Erdogan said on Saturday.

"WE HAVE NO PATIENCE"

“Turkey has no time and patience and it wants safe-zone to be built along eastern Euphrates line, along Syria, as soon as possible,” he said. 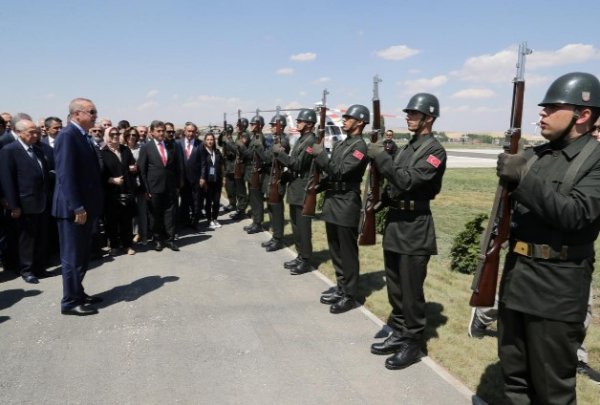