Turkey aims to ensure a healthy, balanced and sustainable economic growth, the finance and treasury minister said on Wednesday. "We gained significant momentum in the rebalancing process, we reached a normalization process in financial markets thanks to our timely measures," said Berat Albayrak.

"WE FIGHT AGAINST FRAGILITIES"

Addressing an Independent Industrialists’ and Businessmen’s Association (MUSIAD) meeting in the Turkish capital Ankara, Albayrak stated that Turkish lira gained 20 percent against foreign currencies since August last year. "Turkey's economy is gearing up in its region day by day with its strong infrastructure," Albayrak underlined. "Our priority is fighting against fragilities in our economy," he added. Turkey will stand firm on targets of the new economic program unveiled in September, Albayrak stressed. 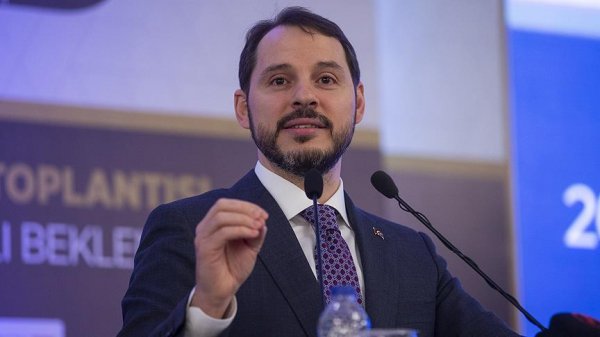 Also speaking at the meeting, Abdurrahman Kaan, the president of the MUSIAD, said Turkey will enter a rapid development process thanks to the dynamism of the new presidential system of government. “We say let’s start a development and investment process, rather than growth process,” Kaan said, adding: “Because the representatives of the business world desire a sustainable development process that will enable long-term, average and balanced growth rather than short-term growth performance."

While investments rose 7.9 percent and 4.2 percent, respectively, in the first two quarters of 2018, they narrowed by 3.8 percent in the third quarter, he said.