Turkey on Sunday announced its support for the Arab League's recent decision to reject the US' so-called peace plan for the Middle East.

"TURKEY WILL ALWAYS STAND BY PALESTINE"

Turkish Foreign Minister Mevlut Cavusoglu told reporters that he hoped for the same unity from the members of the pan-Arab bloc at the Organization of Islamic Cooperation (OIC) Executive Committee Ministerial to be held Monday in Saudi Arabia's capital Jeddah to discuss the Israeli-Palestinian conflict.

Cavusoglu emphasized that Turkey's stance on the issue had remained consistent. 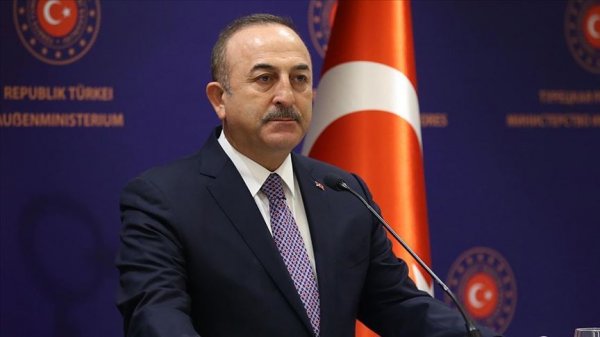 He said Turkey would always stand by Palestine on the issue of jurisdiction over Jerusalem, adding that he would hold meetings with his Palestinian, Malaysian and Kuwaiti counterparts at the OIC summit. "We need to stand against this unacceptable plan by preserving this unity and solidarity," said Cavusoglu, adding: "We will issue a clear declaration at Jeddah."

He also emphasized that a peace plan must be within parameters previously set by the UN, adding that Turkey saw the UN's statement against the U.S. plan as "highly positive."