Teams from Turkey's Environment and Urbanization Ministry on Sunday started work clearing the Sea of Marmara of mucilage.

Efforts began at many locations to fight the mucilage problem as Environment and Urbanization Minister Murat Kurum examined the ongoing research aboard the Bilim-2 (Science-2) research vessel of the Middle East Technical University (METU) in northwestern Kocaeli province.

The teams started work from the Caddebostan coast in the Kadikoy district of Istanbul to get rid of the mucilage covering Turkish shores since February. 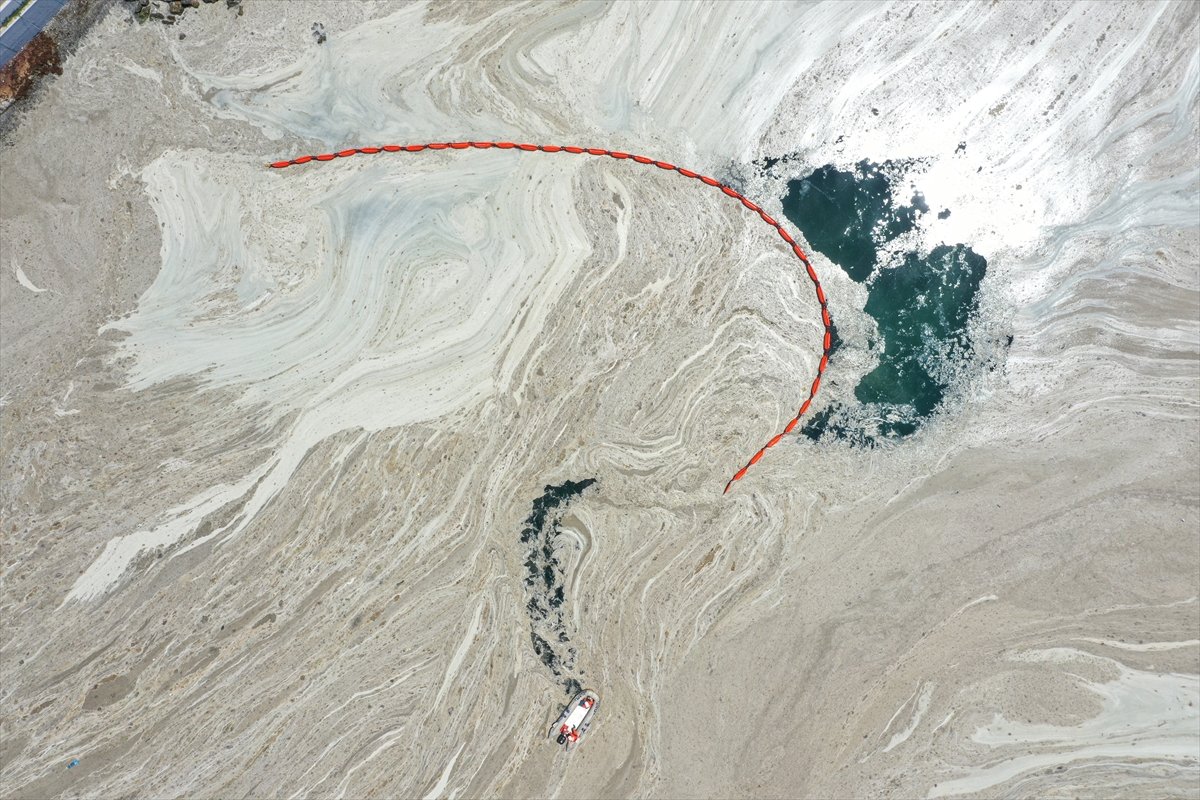 They laid a barrier on the sea to let the mucilage accumulate at one point before transferring them to storage tanks to dispose of later.

Mehmet Tamer Cobanoglu, an official from the Directorate General of Environment Management, said: "As of today, we started cleaning efforts for the mucilage problem in the Marmara Sea."

He said the efforts would be expanded to other areas.

Mucilage, also known colloquially as sea snot, is the overgrowth of microscopic algae called phytoplankton. The thick, mucus-like slimy layer contains a variety of microorganisms and is caused by an increase in seawater temperature due to global warming, stillness at sea, and pollution. 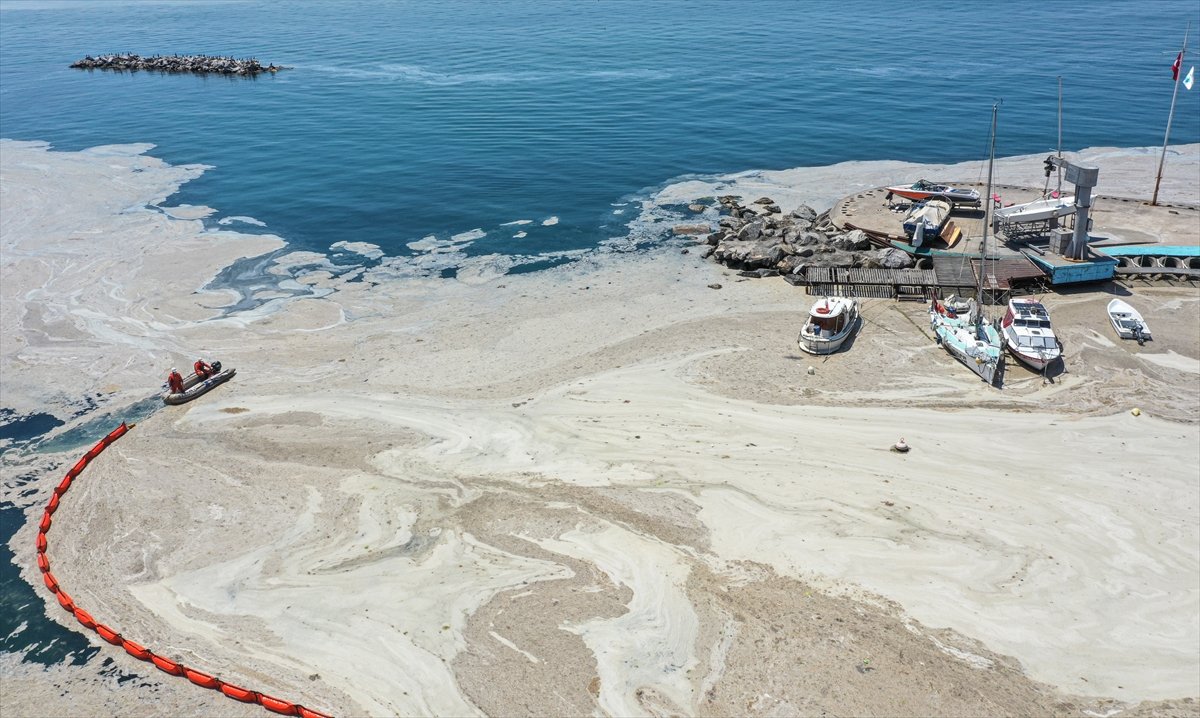 Samples of the substance have been collected from 91 points, Kurum said while on the Bilim-2, which he said could extract and analyze all manner of samples.

Baris Salihoglu, director of METU's Institute of Marine Sciences, said they were mapping the ecological situation of the Sea of Marmara. 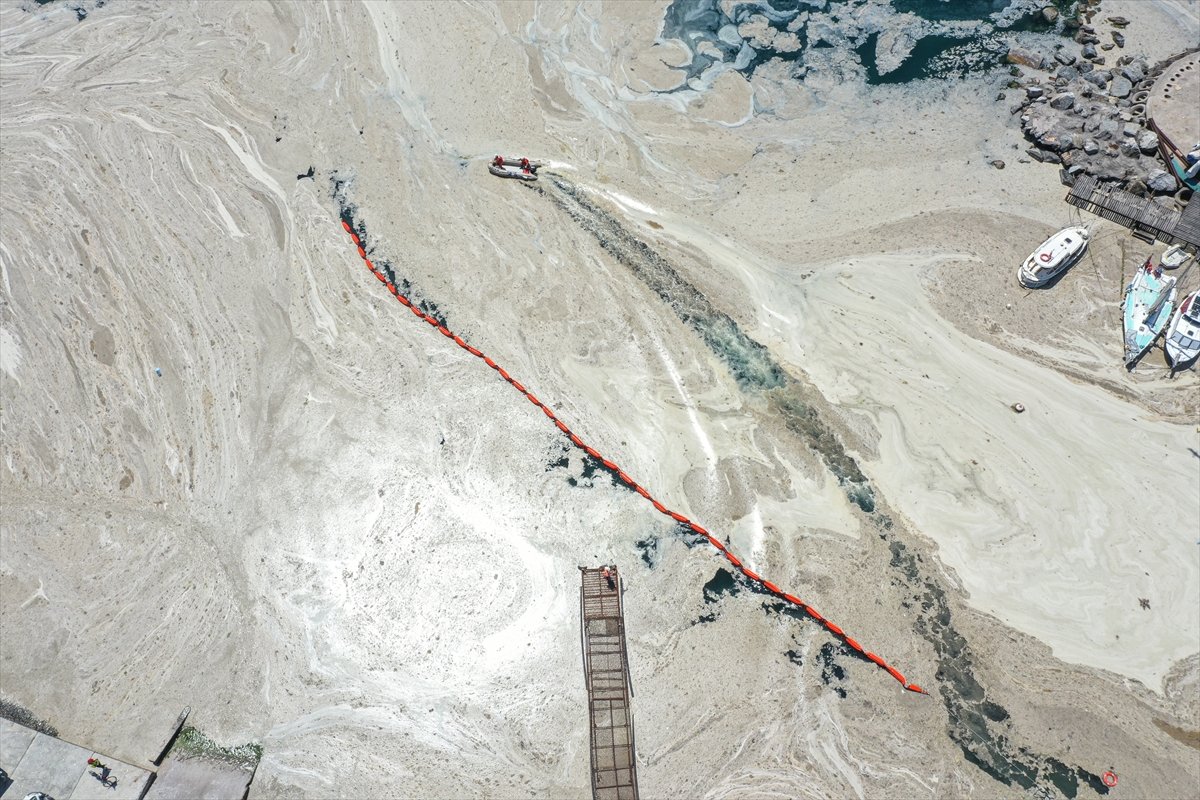 Salihoglu said they were examining the causes and development of the mucilage and working in cooperation with the ministry to find solutions and convey them to Minister Kurum.

"We're taking samples and we'll collect them from nearly 100 points," he said, adding that they were conducting a modeling study to create a high-resolution digital twin of the sea. 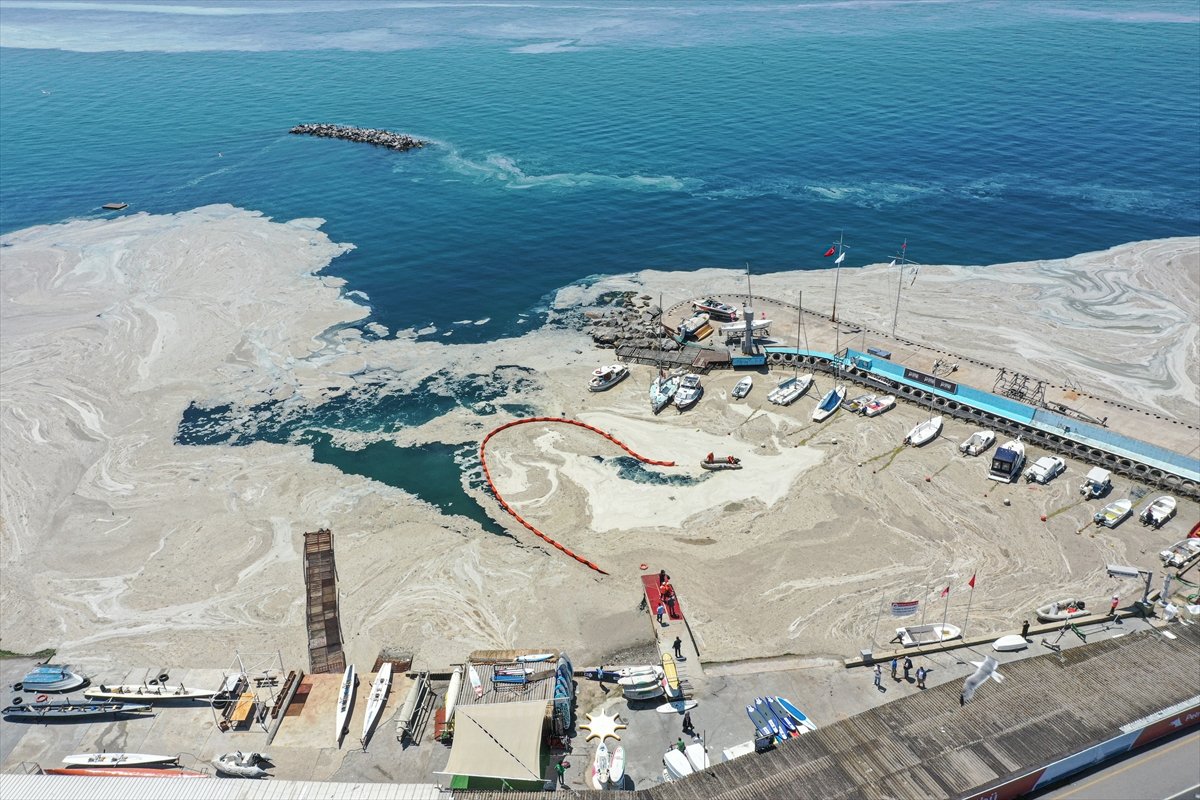