In a recent statement by the Turkish Foreign Ministry, it’s been cleared that Turkey gave its full support to TRNC authorities.

Turkey on Sunday condemned the burning of Turkish Cypriot flag in the Greek Cypriot side on the first's anniversary of foundation.

“We condemn the burning of the TRNC [Turkish Republic of Northern Cyprus] flag on the 36th anniversary of its establishment in the Greek Cypriot side and we give full support to TRNC authorities’ statements regarding this incident,” the Foreign Ministry said in an official statement. 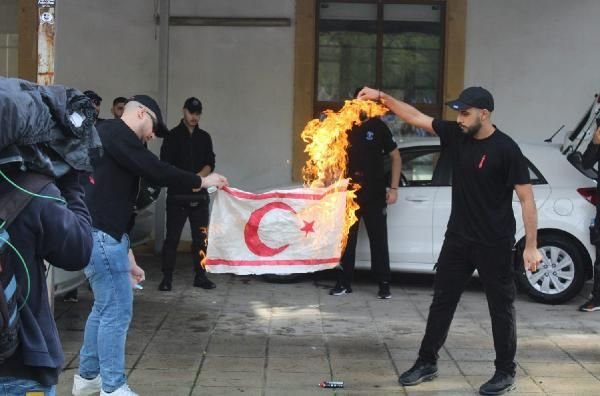 “The fact that the Greek Cypriots have neither made any statement condemning this act of hatred nor have investigated the perpetrators demonstrates that this act has official support behind,” the ministry added.

The statement went on to read that the Greek authorities and Greek Cypriot administration had a responsibility in the incident due to their statements provoking hatred towards Turkish Cypriots.

The ministry called on the international community to invite Greek Cypriot side and Greece to avoid rhetorics that could further escalate the tension on the island as the UN Secretary-General Antonio Guterres pointed in a recent report.