Russian and Turkish diplomats will hold the third round of consultations on Libya in Moscow in the near future, a Russian official said on Thursday.

LIBYAN CRISIS WILL BE DISCUSSED

Speaking at a news conference in Moscow, Alexey Zaytsev, deputy spokesman for the Russian Foreign Ministry, said that the delegations from the two countries will discuss "different aspects of the Libyan crisis," including disposition of the warring sides at the moment of the cease-fire declaration.

Zaytsev recalled that the previous rounds of consultations on Libya were held in Turkey -- In Istanbul in June and in Ankara in July. 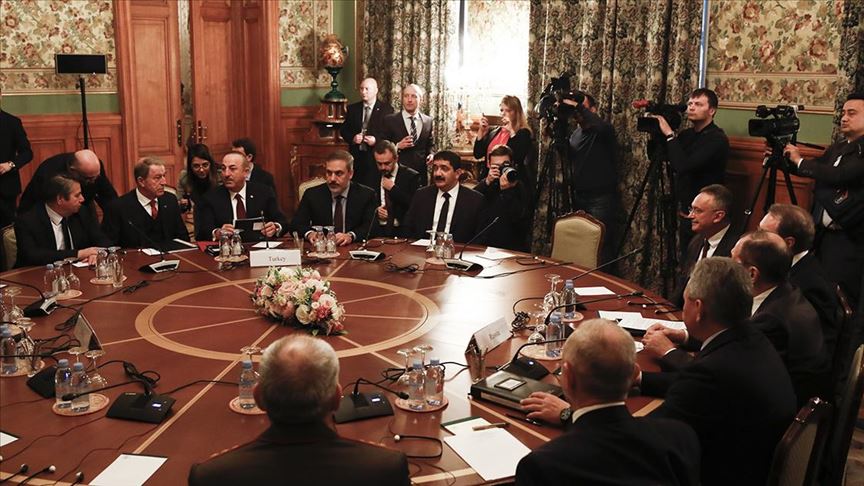 Asked about violations of arms embargo on Libya by Russia, he said "allegations are groundless" and that countries accusing Russia "directly involved in arms supplies to the Libyan warring sides."

Libya has been torn by civil war since the ouster of late ruler Muammar Gaddafi in 2011. Libya's new government was founded in 2015 under a UN-led agreement, but efforts for a long-term political settlement failed due to the military offensive by the warlord Khalifa Haftar’s forces.