Turkish and Russian troops began their third joint ground patrols in northern Syria as part of an agreed-upon deal, according to Turkey’s National Defense Ministry on Friday.

The patrols will be carried out in Qamishli and Derik cities, east of the Euphrates, which were cleared of terrorists by Turkey.

"Within the framework of the agreement reached with the Russian Federation in Sochi on Oct. 22, 2019; the third joint land patrol began with the participation of Turkish and Russian military elements and UAVs in the region between Kamisli and Derik east of Euphrates," the ministry said in a tweet, using another spelling for Qamishli. 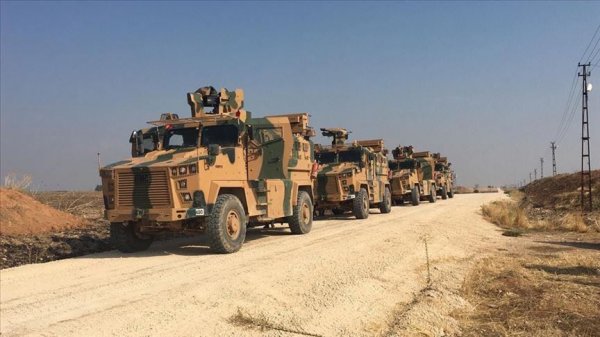 The first joint ground patrol which lasted for four hours was completed on Nov. 1. It took place 40 kilometers (25 miles) east of Ras al-Ayn and 30 km (18.6 mi) west of Qamishli city.