A meeting resumed in Ankara on Wednesday between Turkish and US military officials to discuss the establishment of a safe zone in northern Syria, according to Turkey's National Defense Minister.

Talks that began on Aug. 5 about the establishment of a safe zone in Syria continued with a visiting US military delegation, Hulusi Akar told reporters in the Turkish capital on Wednesday.

TURKEY, US TRY TO FIND A COMMON GROUND

The meetings are expected to be completed in the coming hours, said Akar. "We raised all of Turkey’s security concerns and exchanged views with our interlocutors," he added. 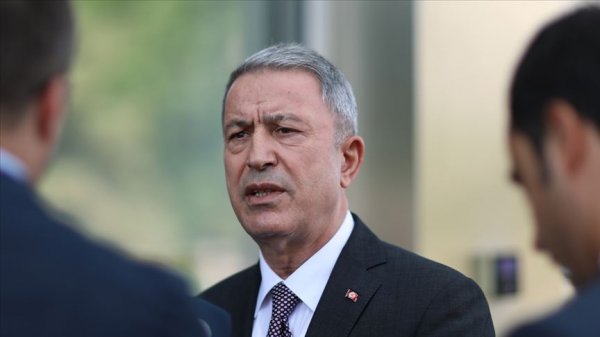 Underlining that the meetings were positive and constructive, Akar said: "We gladly observed that our interlocutors approached our views on the Syria safe zone."

He stressed that Turkey hoped to act together with its US ally, reiterating that if efforts to find common ground with Washington failed, Ankara would have to create a safe zone in Syria on its own. "Our plans on the Syria safe zone and the deployment of our troops in the field have been completed," Akar added.