Turkey's Health Ministry on Tuesday announced the latest weekly infection rates of the novel coronavirus across Turkey's 81 provinces on March 20-26.

According to the data, Turkey's Black Sea province of Samsun continued to have the highest weekly case total with 586 per 100,000 people.

The southeastern provinces of Sirnak, Siirt, Sanliurfa and Mardin and eastern province of Van had the lowest coronavirus infections per 100,000 people between the given dates, with Sirnak having just 13.

As of Tuesday, Turkey confirmed more than 3.27 million cases, 31,385 fatalities, and over 2.99 million recoveries. 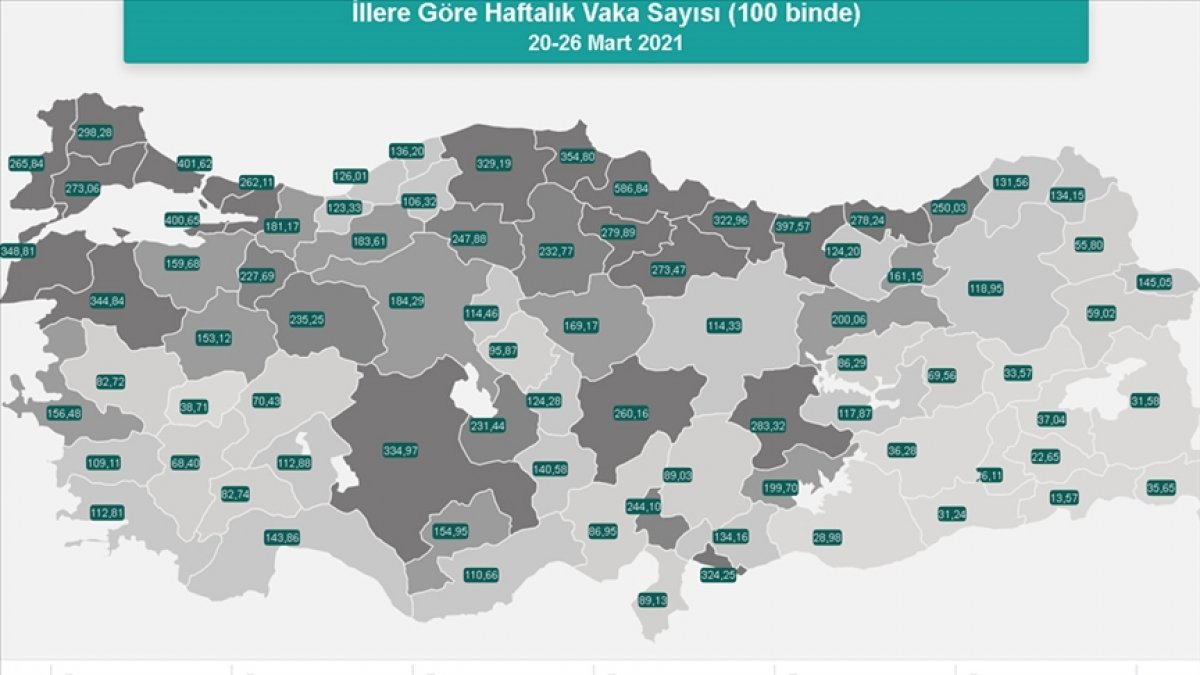 Over 8.8 million people to date have received their first doses of a vaccine against the coronavirus, while second doses were given to more than 6.7 million.

In the face of rising case and fatality numbers, Turkey on Monday announced the return of weekend curfews in high-risk areas, as well as other restrictions, in addition to special measures for the upcoming Muslim holy month of Ramadan.

Since December 2019, the pandemic has claimed over 2.79 million lives in 192 countries and regions.

Over 127.98 million cases have been reported worldwide, with recoveries now numbering over 72.61 million, according to figures compiled by the US' Johns Hopkins University.