Military service period to be reduced to 6 months under the new law.

A total of 335 lawmakers approved the law in the 600-seat parliament, 17 lawmakers voted against it, and two lawmakers abstained.

The new law reduces the military service period to 6 months from 12 months, which also makes the paid military permanent for those who can afford it. 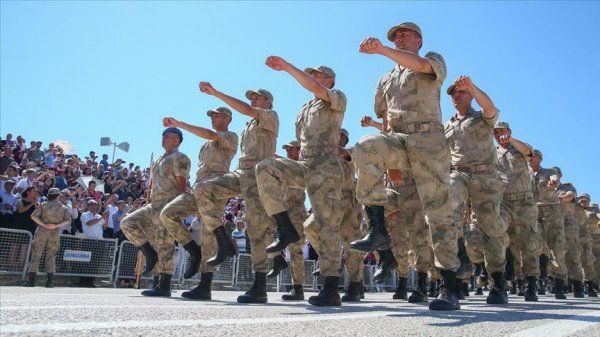 The Turkish citizens will be required to undergo a one-month military training and they will be exempted from serving for the rest five months by paying 31,000 Turkish liras ($5,371) under the the new law.