The country's membership is a significant development for alliance not only politically but also militarily.

Turkey has played a key role in NATO for 70 years by contributing to the alliance’s missions across a wide geography and with its second-largest military force.

NATO, founded on April 4, 1949, currently has 30 members and is headquartered in Brussels.

In 1952, its 12 founding countries of Belgium, Canada, Denmark, France, Britain, Iceland, Italy, Luxembourg, the Netherlands, Norway, Portugal, and the United States added Turkey as a member.

Turkey's NATO membership was an important development not only politically but also militarily. For NATO, Turkiye's membership meant gaining a reliable and unique ally on the southern flank, with air, land, and sea capabilities and strong armed forces.

Turkey is the first ally to directly confront the threats and risks in the region with its strategic and critical location. At the same time, NATO is also important as one of the fundamental elements in Turkey's security and defense. 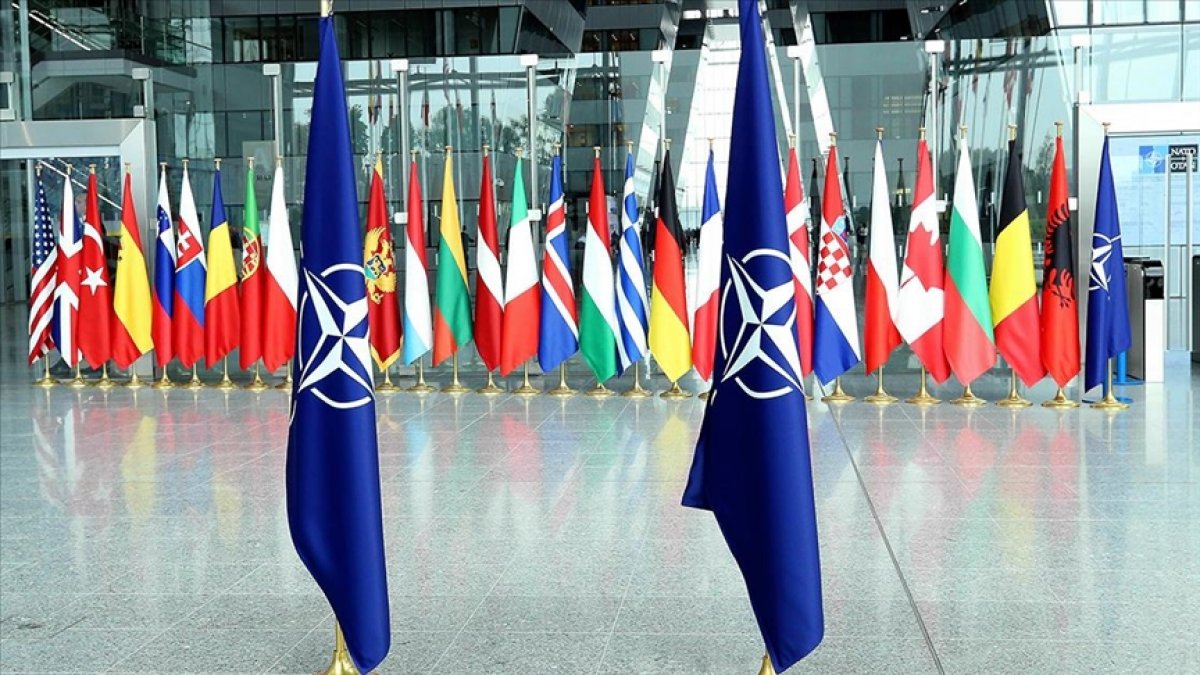 Turkey is among the five countries that contribute most to NATO operations in a wide geography from the Balkans to Afghanistan and from the Black Sea to the Mediterranean.

Until the withdrawal of Afghanistan from NATO, Turkey, which was a "Frame Country" in the Afghan capital Kabul, assumed the responsibility of security and operation of the international airport in Kabul.

Turkey also sent troops to Kosovo as part of NATO's Kosovo Force (KFOR) multinational peacekeeping force in the Balkans. It also provided a permanent naval element to NATO's activity, which aims to prevent irregular crossings in the Aegean Sea.

Turkey also contributed to Operation Ocean Shield to combat piracy in the Somalia and Gulf of Aden. The operation was expanded to the Gulf of Aden and the Arabian Sea. 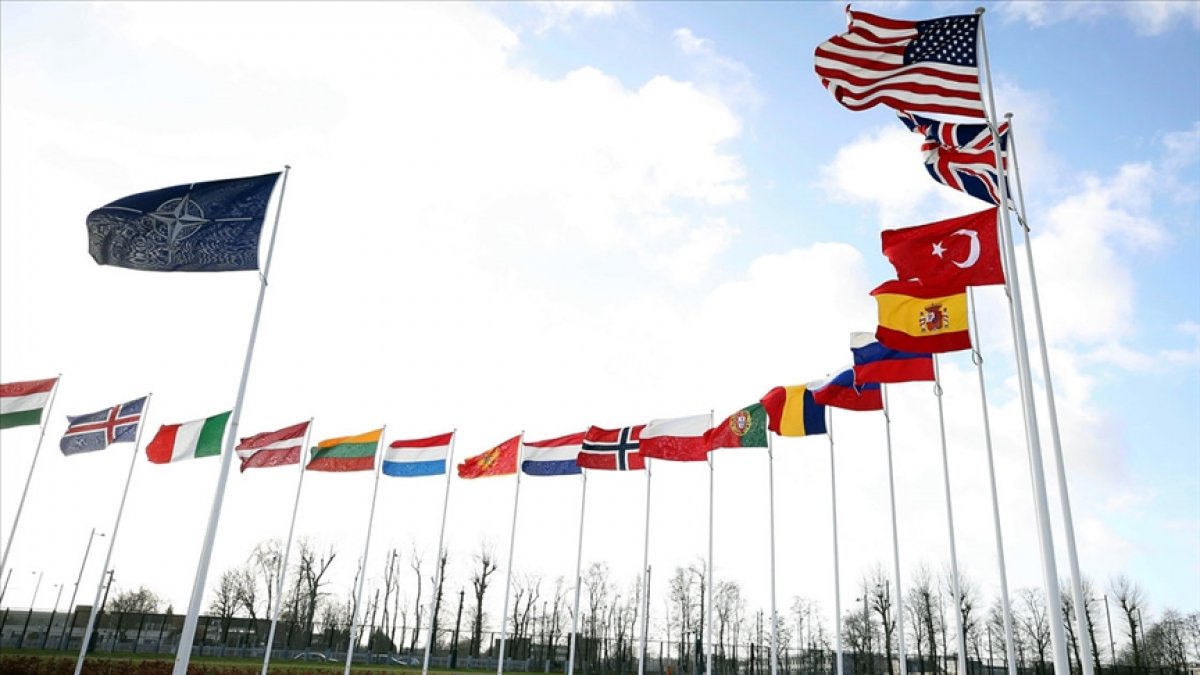 Supporting operations under the NATO Mission Iraq (NMI), Turkey provides air refueling support to NATO AWACS flights within the scope of the International Coalition Against the Daesh/ISIS terrorist organization. Turkey also opened its Konya Air Base for the use of NATO AWACS planes.

Turkey was one of the countries that supported the common budget of NATO the most. Turkey, which is the eighth country that contributes the most to the budget, was among the allies that benefited heavily from NATO infrastructure funds.

Turkey also took command of the Very High Readiness Joint Task Force (VJTF) in 2021. The VJTF command was transferred to France on Jan. 1, 2022.

About 4,200 soldiers from the 66th Mechanized Infantry Brigade Command served in the VJTF, which is part of the NATO Response Force. In addition, 6,400 military personnel took part in this force, with the participation of military units from Albania, Hungary, Italy, Latvia, Montenegro, Poland, Romania, Slovakia, Spain, England, and the US.

Moreover, Turkey also hosts LANDCOM, NATO's land command, in the Aegean coastal province of Izmir. The country also hosts a radar base within the NATO Ballistic Missile Defense architecture in the town of Kurecik in its eastern Malatya province.

The Centre of Excellence for Defence Against Terrorism, Partnership for Peace Training Center, and Multinational Maritime Security Center of Excellence are also NATO units in Turkey. 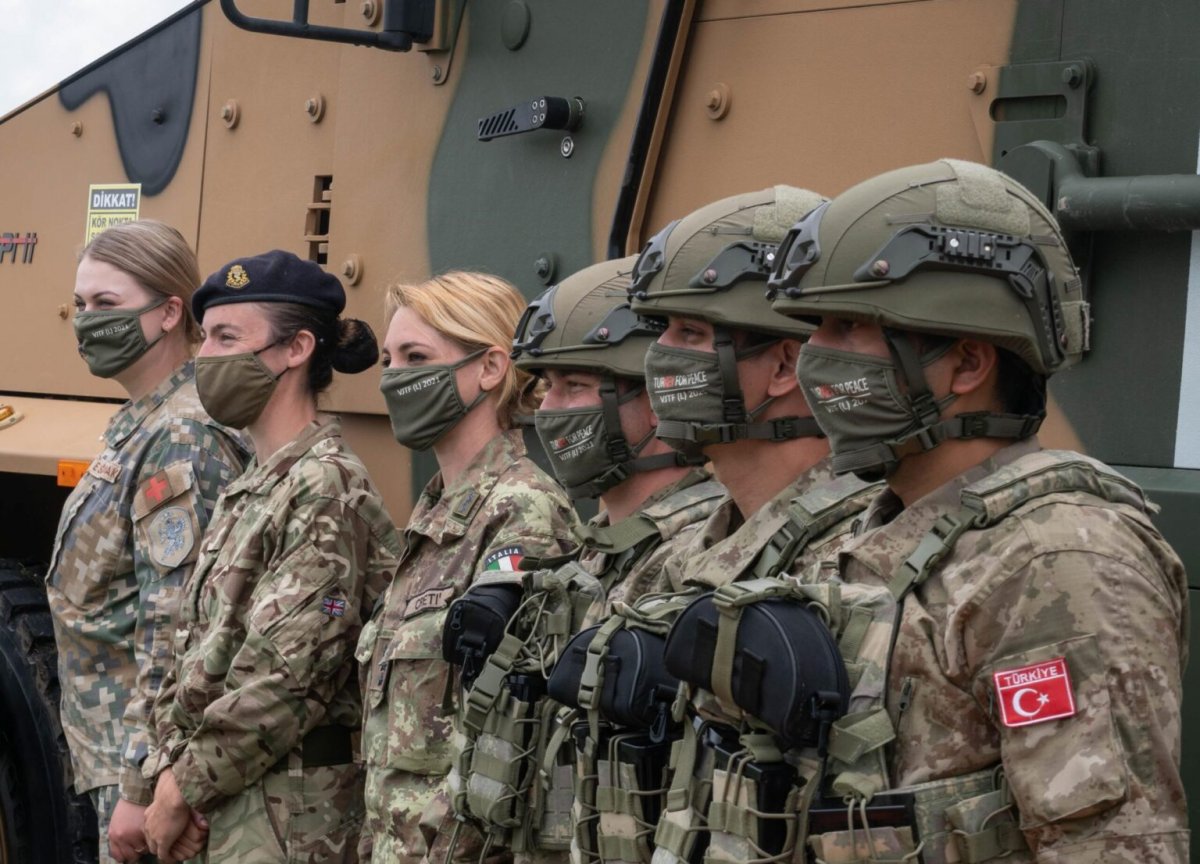 Turkey has been the international frontrunner in the fight against terrorism, especially against the terrorist YPG/PKK, Daesh/ISIS, and FETO, the group behind the 2016 defeated coup.

Turkey, which meets the safety and humanitarian needs of millions of refugees, is the country hosting the highest number of registered refugees in the world, in addition to hosting more than 3.7 million Syrians.

It also ensures the safety of more than 5 million Syrians in the areas cleared of terrorism on the other side of the Syrian border and meets their basic humanitarian needs.

In its more than 40-year terror campaign against Turkey, the PKK – listed as a terror organization by Turkey, the US, and the EU – has been responsible for the deaths of nearly 40,000 people, including women, children, and infants. The YPG is the PKK's Syrian offshoot.

FETO and its US-based leader Fetullah Gulen orchestrated the defeated coup of July 15, 2016, which left 251 people dead and 2,734 injured.

Turkiye also accuses FETO of being behind a long-running campaign to overthrow the state through the infiltration of Turkish institutions, particularly the military, police, and judiciary.