The saplings were planted in Tal Abyad as part of a forestation drive by the forestry authority in Turkey’s border province of Sanliurfa in coordination with the Syria Support and Coordination Center.

With Turkish support, some 75,000 trees have been planted in an area of northern Syria Turkey cleared of terrorists, Turkish authorities said Wednesday.

In October 2019 the Tal Abyad district was liberated from YPG/PKK terrorists by Operation Peace Spring, carried out by the Turkish Armed Forces and the Syrian National Army.

Most of the forestation work was done in the district center, while teams are making efforts to plant saplings in other areas well, said the regional forestry authority.

"We carried out massive forestation work on the main routes in Tal Abyad in a short time. With forestation along the highway, Tal Abyad has turned green,” said Cevdet Cicek, the head of the forestry authority. Noting that the project will continue, Cicek said they are mainly planting palm saplings, which have "more visual charm." 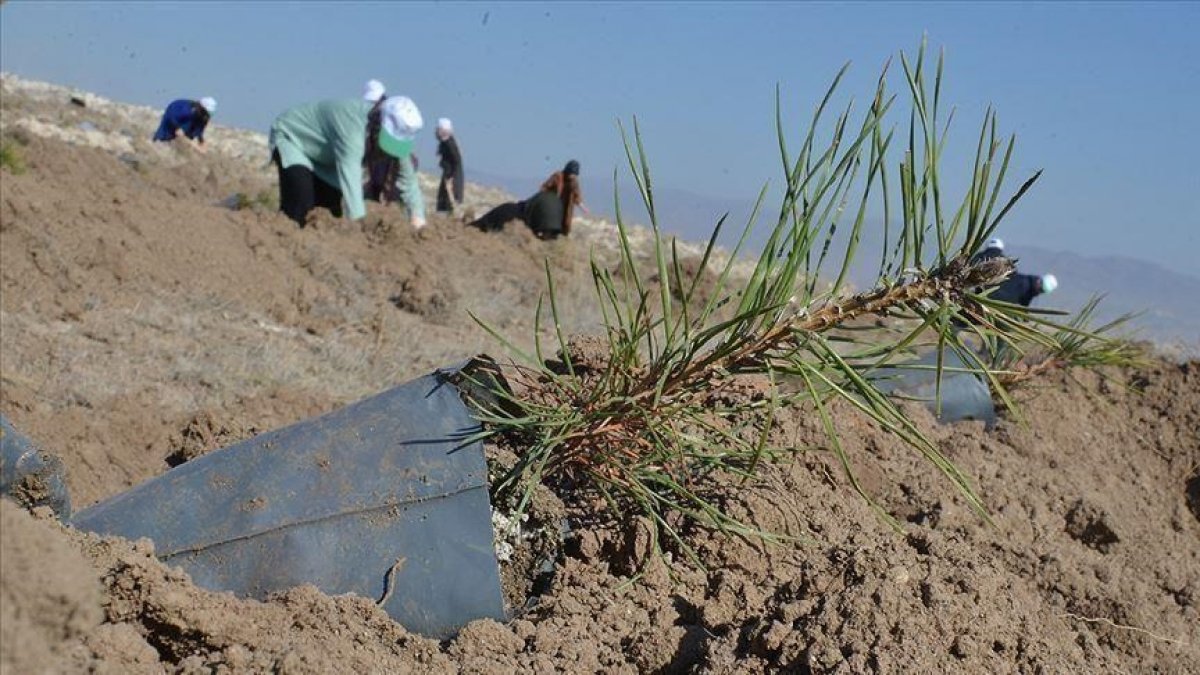 Since then, Turkey has reached agreements with both the US and Russia to force the terrorist group to withdraw from the planned terror-free zone. However, the YPG/PKK has continued to carry out attacks in Tal Abyad and Ras al-Ayn despite pulling out of areas under a deal reached by Turkey and the US in October 2019.