After the press conference that US Vice President Mike Pence and Secretary of State Mike Pompeo held after having extensive talks with senior Turkish officials, including President Recep Tayyip Erdogan, Turkish ministry annuenced that the Syria operation was paused.

According to a joint statement from Turkish foreign ministry, Operation Peace Spring will be paused when the withdrawal of YPG terrorists, the Syrian branch of PKK terror group, is completed.

TURKEY GETS 20 MILES OF SAFE ZONE

Among the terms are the re-collection of YPG heavy weapons and the destroying of their fortifications and all other fighting positions. 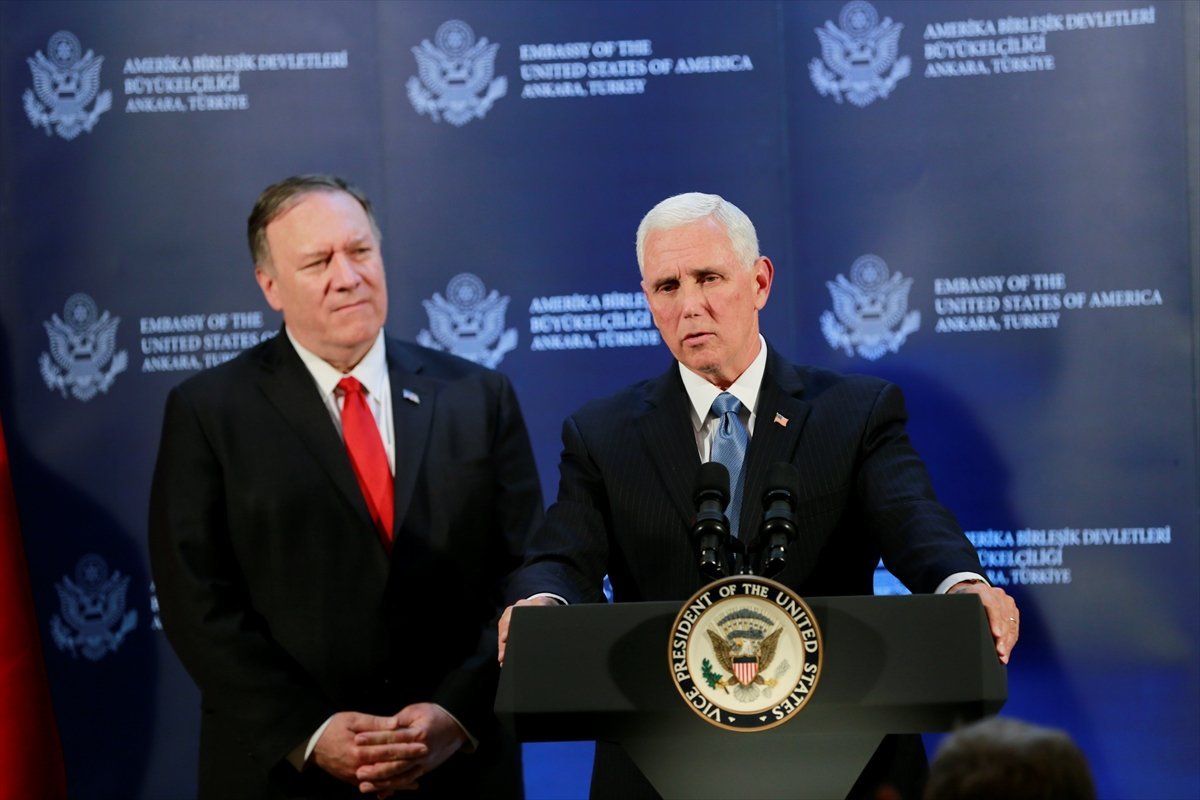 Turkey will get 20 miles (32 kilometers) of safe zone south of the Turkish border in Syria, U.S. Vice President Mike Pence told a press conference in Ankara following a meeting with Erdogan that took more than an hour-and-a-half.

Pence said that Turkey and the US also agreed to eliminate Daesh completely in Syria's northeast, underscoring that Washington agreed to withdraw the existing sanctions when the operation is halted.